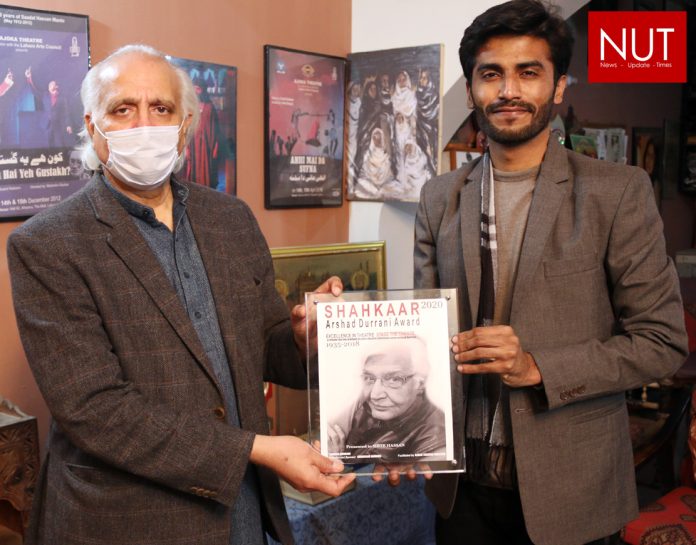 Lahore (Muhammad Yasir) The winners of Shahkaar Arshad Durrani awards for theatre and performing arts were presented at an online ceremony held by Ajoka Theatre on Saturday. The winners are Nadia Jamil for the Shahkaar Against All Odds award and Sibte Hassan for the Shahkaar Theatre Excellence award. Nadia Jamil, prominent actress and social activist, joined from the UK while Sibte Hassan, actor and political activist was present at Ajoka office. The awards were presented by Chair of the Selection Committee Justice (rtd) Nasira Javed Iqbal in the presence of Committee members Nirvaan Nadeem, Zara Salman, Saira Dar and Shahid Nadeem. Ajoka General Secretary Sohail Warraich was also present at the ceremony.

The awards have been jointly launched by Ajoka Theatre and Shahkaar Higher Education Research Hub, in memory of the veteran theatre artist Arshad Durrani who passed away in 2018.  Arshad Durrani’s daughter and prominent artist Sumaya Durrani, joined from Sydney, Australia and talked about the objectives of the institution of the annual awards. She said the awards had been sponsored by her as part of her doctoral research at the University of New South Wales, Sydney, in memory of the veteran actor Late Arshad Durrani for his passion and commitment to theatre.

Ajoka’s Executive Director Shahid Nadeem paid glowing tributes to late Arshad Durrani for his contribution to theatre and as a role model for actors and theatre workers. He hoped that the Shahkaar Awards will inspire theatre of social commitment.

Nadia Jamil, while receiving the award, recalled how she was initiated into the world of theatre when she first acted in Ajoka’s play “Lappar” and was groomed by Ajoka’s Madeeha Gauhar. Sibte Hassan in his acceptance remarks reaffirmed his resolve to promote the progressive message of change and peace through theatre. Justice (rtd) Nasira Javed Iqbal appreciated the sponsors of the award for acknowledging the value of performing artists in these difficult times.

Nirvaan Nadeem, Saira Dar, Zara Salman and Sohail Warraich also spoke on the occasion. The award includes a shield and cash prize of Rs 100,000 each. 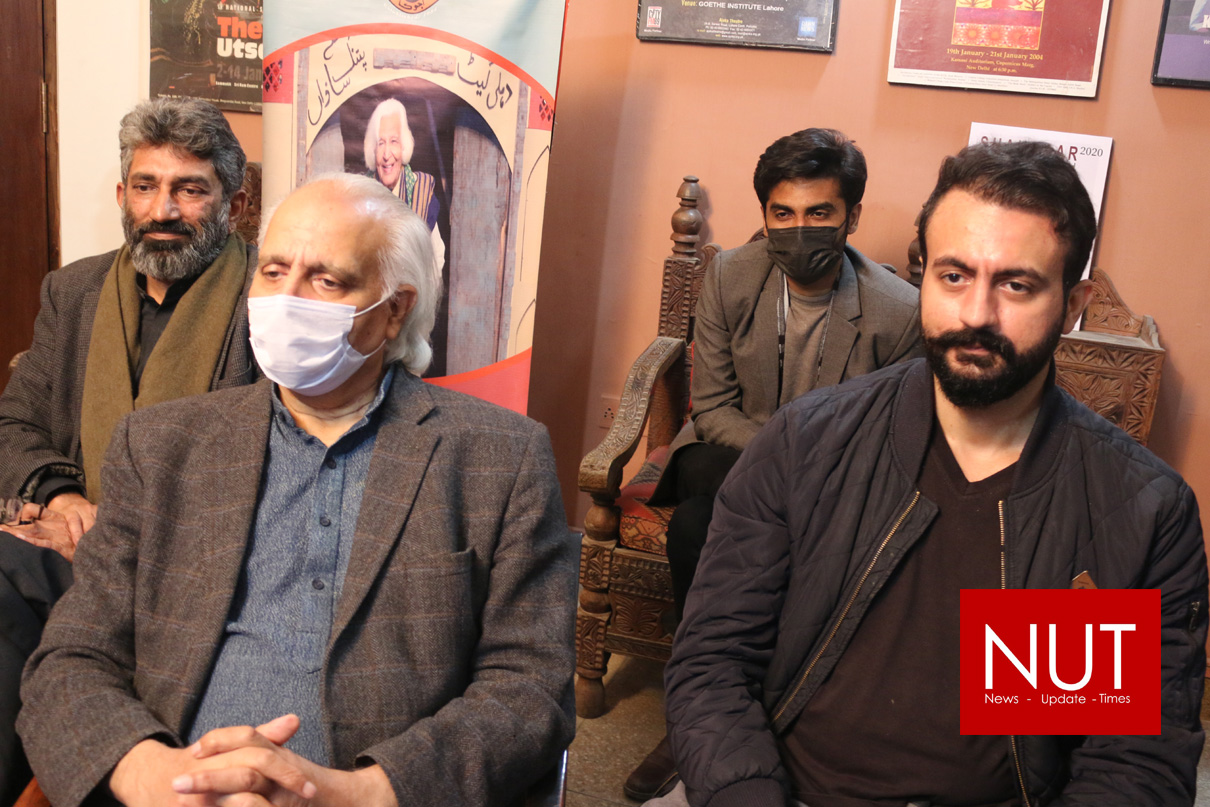 Theatre Play ‘Heer Ranjha’ to open Curtains for the Cause of...

Usman Mukhtar pens down a heartfelt note as the blockbuster project...