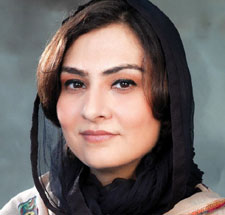 Oft have I come across people criticising the cash grants being given to beneficiaries through BISP.
The most common criticism in this regard has almost always been that cash grants do not help ameliorate the conditions of beneficiaries.
It is imperative however to share with my readers the beneficiary profile and how exactly BISP quarterly disbursements are making an impact in the lives of the poorest of the poor.
This will provide the reader with a snapshot of the experiences of the average beneficiary and how BISP helps.

The Government of Pakistan has recently updated the official poverty line (expressed in monthly per adult equivalent consumption expenditure).
Under the previous methodology, Food Energy Intake (FEI), the poverty line indexed to this survey was PKR 2,400.
The updated methodology, Cost of Basic Needs (CBN), has delivered a poverty line that has increased by 33% to PKR 3,244.
For an unconditional cash transfer to have an impact on poverty it must be sufficiently well targeted so that it actually provides for households that are amongst the poorest and most vulnerable.
By either measure of poverty line, the rates of poverty amongst BISP beneficiary households are high.

Focusing on the CBN poverty line we find that 91% of BISP beneficiaries were either ultra-poor, poor or vulnerable to being poor in 2016, with the remainder defined as quasi non-poor as defined by the Pakistan Bureau of Statistics.
The high rates of poverty or vulnerability to poverty exhibited by BISP beneficiary population reflects a programme that is well targeted and well placed to address the needs of the poor by providing households with a minimum income package.

The Multi-dimensional Poverty Index (MPI) recognises that monetary based poverty is just one type of deprivation that households face, with a combination of various deprivations that afflict a household at the same time across three dimensions: Education; health; and living standards.
As per the Impact Evaluation of BISP for year 2016, 65% of BISP beneficiary households were MPI poor or vulnerable to MPI poverty in 2016, not only in a monetary sense but in a wide variety of dimensions.

18% of BISP households do not contain a single member who has completed primary school, with almost a fifth of households containing a malnourished child aged 0-59 months and the rate of stunting for children aged 0-59 months is at 46%.
This rate of stunting is 16 percentage points above the threshold that the WHO would describe as a crisis-[1] for the prevalence of stunting in a population.
38% of BISP beneficiaries are deprived in terms of sanitation.
This situation is exacerbated by 17% of the BISP beneficiaries that do not have access to safe drinking water.
Lack of flooring and the large deprivations with respect to cooking fuel are also indicative of the poor quality of housing.

Poverty and nutrition relate to the core objectives of the BISP, which was initially designed with the immediate objective to cushion the negative effects of food inflation on the poor.
The final impact evaluation results of the BISP Impact Evaluation Report 2016 reveal that per adult equivalent monthly consumption expenditure has induced a net increase of Rs187; using the FEI poverty line, BISP reduces the poverty rate by 7 percentage points while using the CBN poverty line as a reference we find that BISP is associated with a reduction in the poverty gap by 3 percentage points.

The Impact Evaluation Report 2016 also bears forth a dramatic decrease in the proportion of beneficiaries who had to unwillingly pay a fee to agent mafia from 40% in 2011 to 22% in 2016.
This finding is driven in a large part by the effort to move the payment system away from the Pakistan Post and towards the delivery of the BISP Debit Card and to crackdown on agent mafia.

Overall, BISP has had a positive and statistically significant impact on the certain indicators relevant to the quality of living standards.
BISP has led to an increase in per adult equivalent monthly food consumption (PKR 69) with BISP cash transfer having a positive and statistically significant impact on the consumption of meat and fish by PKR 23 and PKR 8 respectively for beneficiaries in the RD treatment group.
This finding is encouraging as meat and fish are sources of the highest quality protein that when consumed even in the smallest of quantities, can lead to significant improvements in the quality of diet (WFP, 2008).

45% of beneficiaries were deprived in terms of sanitation in 2016, though there appeared to be a significant improvement in this indicator falling from 60% who were deprived in 2011.
Considering that 51% of boys and 46% of girls are stunted, which indicates a long-term problem of malnutrition, despite this, OPM (2016) finds that there is some evidence that BISP is supporting a positive impact on the nutrition status of children in BISP beneficiary households.
We further find evidence that BISP has led to reductions in wasting in girls.

Although casual labour remains an important source of income to BISP beneficiaries but they are reducing their reliance on this form of livelihood.
BISP transfer has led to a reduction in the proportion of men engaged in casual labour and an increase in the proportion of men engaged in agricultural activities or looking after livestock.
The biggest change has been that BISP has had a negative and statistically significant impact on the proportion of women who are engaged in unpaid family help.
The qualitative research provided strong indications that BISP beneficiaries had been able to use some part of the BISP cash transfer for the purchase of small livestock including sheep and goats as an income generating investment.
Furthermore, we find that the rate of dependence on casual labour as a main source of income is falling over the period, from 51% of beneficiary households in 2011 to 45% of beneficiary households in 2016.

Last but not the least, qualitative research suggests that there has been a change in the way BISP cash is being used in the household.
Specifically, respondents were reporting that they had started to more carefully manage and plan its expenditure, as compared to during the early years of the programme.
This is likely related to two factors; that the reliability and regularity of payments made by BISP has improved over the course of implementation; and that beneficiaries are beginning to trust the programme and therefore internalise BISP cash as part of their household budget.
This ownership of the cash grant by BISP beneficiaries is the kind of success me and my BISP team has been aiming to achieve all along.

The writer is a Minister of Sate and Chairperson, BISP.

In the two states tug of war the Kashmiris bleed