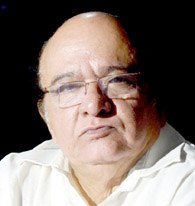 With the hiatus in conspiracies and an end to yet another bumpy phase of the interplay of power-politics, the country seems to be coming back to the normalcy of a fragile democratic transition that started with the deal between Benazir Bhutto and Gen Pervez Musharraf, which cost the former her life.

It was never easy in a ‘state of martial rule’, yet the PPP and PML-N did it, thanks to the Charter of Democracy and the 18th Amendment. And, as the new-normal is becoming relatively viable, are we not moving towards the third elections of the democratic transition? A lot of the credit for that goes to former president Asif Ali Zardari, who dispensed with the arbitrary presidential powers and managed to survive the judicial coups of former CJ Iftikhar Chaudhry and martial manipulations of the Kayani-Pasha duo.

A strange alignment among the judiciary, the army and the predominant media left no stone unturned in destabilising a democratic government that eventually succeeded in completing its tenure – although the compromises made for survival cost it its credibility at the hands of its two good-for-nothing, ill-reputed prime ministers. The PPP’s loss of credibility in Punjab created a vacuum that was filled by Imran Khan who had been languishing for long in political wilderness.

An almost ethnically divided mandate, despite some intrusion by the PTI in Punjab and an anti-incumbency vote in Khyber Pakhtunkhwa, went to the advantage of the PML-N which got an overwhelming vote in Punjab. While being unsuccessful in initiating the war against terrorism and managing to project General Raheel Sharif’s larger-than-life role in leading the fight against terrorism, the Nawaz government was kept on tenterhooks by a newly-emerged PTI, which continuously ran campaigns to bring down the government by hook or by crook. Imran Khan’s party of amateur hate-mongers picked one cause after the other to first discredit the 2013 elections and then Prime Minister Nawaz Sharif on the offshore companies his children held, as revealed by the Panama leaks.

Panamagate (and later Dawn-leakgate) became Prime Minister Sharif’s Achilles’ heel – similar to Zardari’s Memogate. Although the revelations about offshore companies neither pertained to Nawaz Sharif’s current or previous rules nor did he appear to be the direct beneficiary of the properties under question, the PTI took the lead in reducing the politics of accountability of the corrupt to the persona of the prime minister.

It is now well known that the Imran-Qadri duo played into the hands of certain disgruntled Bonapartists in staging the putsch of ‘Go-Nawaz-Go’ on the flimsy grounds of ‘election rigging’, which was ruled out by the Supreme Court judges’ Commission of Inquiry after four months of a virtual paralysis of the capital at the hands of a stage-managed dharna.

Although this failed coup didn’t find decisive backing by the GHQ – despite the media’s extremely provocative campaign – it nevertheless undermined the civilian authority to maintain the hegemony of the garrison without directly taking over the reins of power. The prime minister showed greater resilience and patience to surmount the threat to the democratic transition with the full backing of parliament – as the spirit of CoD so demanded.

The failure of the dharna brought some relief for the Sharif government, which shifted its focus to a ‘development agenda’ woven around the ‘game-changing’ CPEC. That, however, raised issues of sharing of resources between the federation and the provinces, which should have been addressed amicably as far as the just demands of KP and Balochistan – the primary claimant of the Gwadar Port – were concerned. As if this was not enough, the overriding claims of strategic ownership disturbed the civil-military equation.

These issues of transparency motivated the media to run a smear campaign against the Sharifs’ model of development around huge construction projects, alleging ‘big-projects, big kick-backs’ – even though the Chinese have the last word on this and about them we dare not speak. Then came the bolt of the Panama leaks, which again propelled a frustrated Imran Khan into action and also allowed the PPP a chance to establish its credentials as non-friendly opposition.

Amid rising rumours of tension in civil-military relations and disenchantment of public sentiment over lack of any substantial change in their plight, the PTI again bade farewell to parliament and took to the streets. The opposition’s efforts to get to the government by evolving a consensus over the terms of reference (ToRs) were thwarted by the treasury benches, allowing Imran Khan to take yet another adventurous solo-flight in the hope of bringing the proverbial umpire into arbitration.

That aid for Dharna-2 never came, though, and the Supreme Court’s intervention as the sole constitutional arbitrator allowed a defiant Khan to save face. He celebrated it as a victory, although it seems to have eluded him yet again with the announcement of a new chief justice.

Evolving an elaborate system of across-the-board accountability will remain a burden on the conscience of this parliament which, for the credibility of the democratic project, must reach a consensus on this issue. Earlier, the crisis was further compounded by the Dawn-leak and the institutional reaction against the alleged security breach from the PM Office amid wild rumours about COAS Raheel Sharif’s extension. But the prime minister played his cards well. He aptly took the steam out of the desperate effort at street protest and also used his prerogative quite appropriately by appointing General Bajwa as the new COAS.

Despite having always been disdainful of parliament, the PTI is back in the House; and the PPP is obviously showing its leadership in parliamentary politics. Although the government has wriggled out of the Panama imbroglio, it will remain in the woods if the proceedings in the Supreme Court or the commission are prolonged.

On its part, the Supreme Court should neither decide the case to please someone desperate for power nor take any pressure from the media or from any smear campaign run by the PTI on social media, as rightly stated by the outgoing chief justice. The last appellate court is not an investigation agency nor can it uphold a petition that fails to prove its contention.

Where the PTI has failed on all fronts, the PPP is now weighing its options on how to build its credentials in an election year with a third-generation Bhutto inclined to run his campaign against the government. The PPP’s demands are negotiable and the PML-N should show some genuine accommodation in the interest of democratic consolidation.

Despite all its shortcomings, democracy remains on track. The strength of democratic transitions has not only put to shame all the grave-diggers of democracy, but has also strengthened efforts to put all the institutions within their real constitutional limitations – a most challenging task for the fateful transition. Parliament must reach a consensus on electoral reforms and the government must undertake the census to allow preparation of fair electoral lists and the re-demarcation of constituencies.

The ruling and opposition parties have now no alternative but to focus on the next elections. I hope the elections look more at the performance of the parties governing the federation and the provinces, and are based on clearly defined electoral platforms. The coming elections will need to address policy issues and the problems faced by the people for them to make informed choices. Mudslinging or slogan-mongering are no substitute to democracy and the betterment of the country. Viva democracy for the people – not the oligarchs!