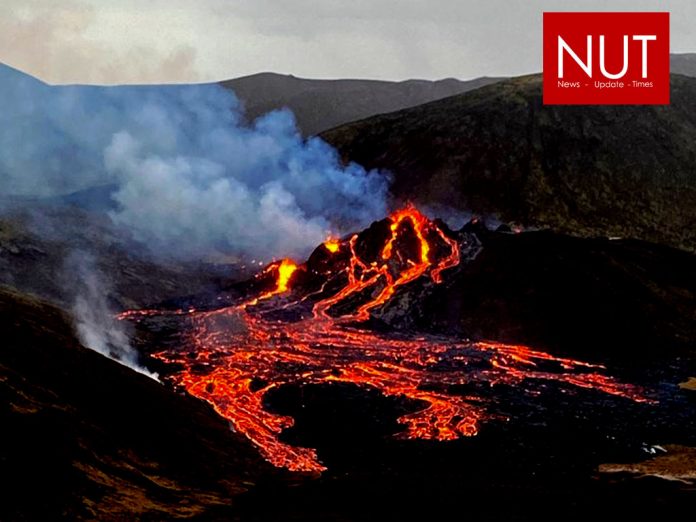 (NUT DESK) A volcano in southwestern Iceland exploded with radiating waves of molten lava last Friday, media reports.
The sight was met with much anticipation and excitement after seismic activity in the area increased within the past few weeks. The Reykjanes peninsula, not far from the country’s capital Reykjavik, hasn’t witnessed a volcanic eruption in 800 years, reports Alyse Stanley for Gizmodo. The volcano Mount Fagradalsfjall has been dormant for 6,000 years.
The Icelandic Meteorological Office (IMO) first spotted the eruption through a webcam and later confirmed the eruption using thermal satellite imaging, Gizmodo reports. After the initial eruption spewed a fountain of lava nearly 100 yards into the air, the flow slowed, heading southwest and west. The explosion is considered small, with lava leeching from a 546-yard-long fissure vent. Below the surface, its magma area covered about 0.4 square miles, reports Gizmodo. Since its eruption on Friday, the volcanic activity has decreased and poses no threat to humans because the flare-up was minor and did not spew out much ash, the BBC reports.

The good, the bad, and the ugly of the Panama Leaks (By-BABAR AYAZ)

The good, the bad, and the ugly of the Panama Leaks...