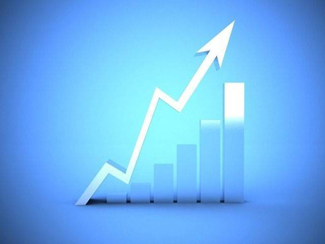 The 2017 security survey respondents experienced a reduction in the overall street crimes with a 69 % reduction in petty crimes i.e. mobile and cash snatching and 90 % decrease in the higher intensity street crimes like car snatching. In respect of serious crimes like abductions/hostage taking and “Bhatta” demands – respondents across Pakistan reported major reductions as compared to 2016, ranging from 94% decrease in Lahore, closely followed by rest of Punjab and KPK (93%) and Karachi (92%). OICCI members have reported significant improvement in the confidence and comfort of their staff on security matters which had gone up further after the 86% increase reported in the previous survey, as the staff now feel even more comfortable in their everyday commute to/from the workplace.

More significantly a noteworthy feedback from the latest OICCI security survey is that a higher number of expatriate business visitors have travelled to Pakistan in the past one year and most of the business related meetings are now being held within Pakistan which prior to August 2013 were conducted in other countries due to security concerns. This is a strong indicator that Pakistan as a destination has improved on the security concerns map and that such foreign businessmen are being granted travel permissions for their visit to Pakistan from their respective embassies and travel security agencies. An overwhelming 62% respondents reported substantial increase in the number of overseas visitors to Pakistan as compared to last year. The highest number of OICCI Members foreign visitors were from European countries, including UK, followed closely by visitors from Middle East, China, Singapore, USA and Japan.

Commenting on the survey findings, OICCI President Khalid Mansoor said that “the 2017 survey once again re-affirms that threats and security concerns have substantially reduced in Pakistan for all key stakeholders of businesses including OICCI members. The security environment has substantially improved not only for the survey participants, meaning foreign investors, but also for their customers, suppliers and employees.”

The 2017 OICCI security survey result mirrors the improved security environment, all over Pakistan, especially in Karachi in comparison to the last year and greatly enhanced since the time prior to August 2013.  A significant majority of the respondents were confident that the general threats to business had reduced vis a vis last year and a look at the last survey in June 2016 echoed the improvement nation-wide with Karachi security situation being given the thumbs up by 89%, closely followed by Lahore and rest of Punjab with 85% and 82%.

“Overall, OICCI 2017 Security Survey feedback points to a clear appreciation by the foreign investors of the various initiatives of the government and the security agencies in proactively tackling the  security, law and order challenges which had serious repercussions on the image of the country as a safe destination for FDI” concluded Khalid Mansoor.   Encouraged by the significant improvement to date, the authorities are urged to maintain high level focus on further improving security, law and order to bring it at par with the international standards in order to help boost inflow of FDI in addition to the CPEC investment planned for the country in the near term.