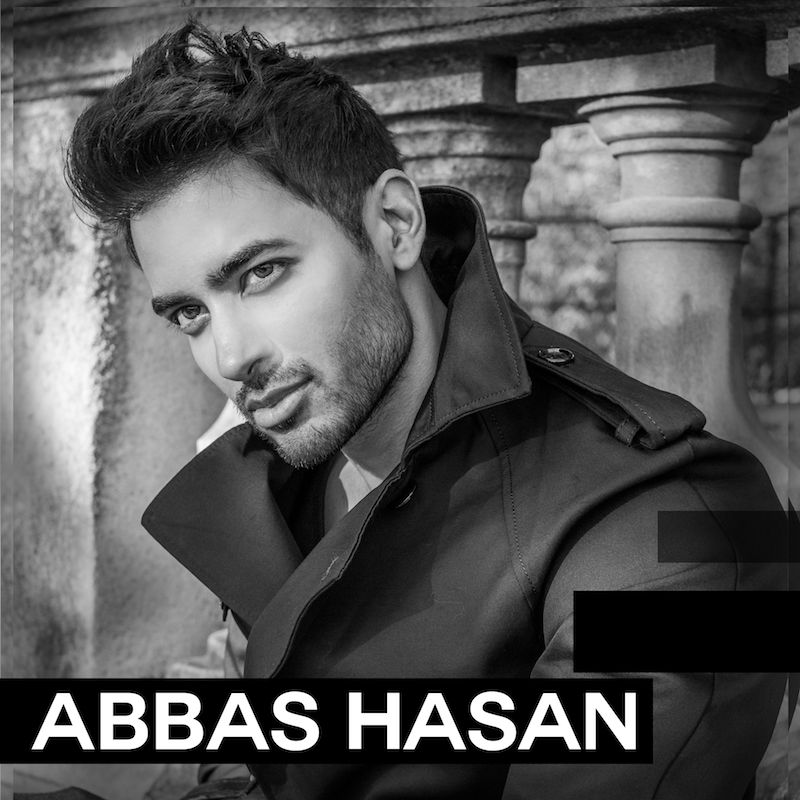 Lahore –  The award-winning pop sensation Abbas Hasan has signed a record deal with ZEE Music India. The Canadian-French star, often dubbed Asia’s answer to Justin Bieber for his heartthrob looks and mainstream pop appeal, signed the deal with one of India’s biggest record labels, it has been revealed.
Speaking of the collaboration, the head of ZEE Music Company Anurag Bedi stated:  “ZEE Music is all about finding the fresh and exciting talent of tomorrow, and we are thrilled to have Abbas Hasan as part of the ZEE Music family. His French, Spanish and other multi-lingual flavours along with his musical talent and looks make him a very unique artist and we look forward to everything that is to come.”
When asked about the deal, Abbas Hasan stated: “I’m thrilled about my partnership with ZEE Music India. The team have been so amazing to work with and I can’t wait to take you all on a new journey. It’s been a really exciting year so far with a lot of hectic traveling, and I know my fans have been waiting patiently so I can now reveal that my new single is dropping towards the end of July. You’ll hear about it all very soon!”
The heartthrob teased the new release on his Instagram account (@abbashasanofficial) throughout his travels with ominous words “Get ready…” but it was not until now that he confirmed the news about his record deal and new single.

About Abbas Hasan:
Abbas Hasan is best known as the French heart throb of the Asian music scene. Winner of prestigious 2015 Artist of the Year award in his native Canada, and named one of the Top 10 Asian Artists to Watch by the Canadian Broadcasting Corporation (CBC), Abbas Hasan is already making waves across continents.
From singing for the Mickey Mouse Club to being photographed at Elton John’s parties, the French pop sensation has already had quite a journey in the music world.
Born in Canada and raised in Paris, France, the young star burst onto the scene after signing with legendary Indian-Brit producer Rishi Rich, who is best known for his work with Jay Sean and Britney Spears among others. Since then, Abbas Hasan has caused a stir across the international stage and is also an ambassador for the Pan-Asian International Film & Music Awards (PAIFMA), and a brand ambassador for British-Italian luxury fashion brand Mastrioni as well as New York based innovative watch and lifestyle company Nooka. After performing at Priyanka Chopra’s Bollywood film premiere in London and doing an advert with Shahrukh Khan, Abbas Hasan caught the attention of the Times of India group. He was selected as the only international artist to perform at the Times of India Film Awards in Vancouver, which was the largest Bollywood film awards show in history. Subsequently the multilingual star toured across Europe alongside Bollywood songstress Shreya Ghoshal, and his recent videos starring top Indian and Pakistani actresses received international acclaim through press all the way from India to Canada.
Abbas is already rumoured to be working on further Bollywood related projects, after starring in a previous Indian film with a Filmfare award-winning director. After multiple chart-topping singles, a film career in the works and an ever growing global fan following, the press are already hailing Abbas Hasan as the next big thing, to which Abbas replies, “It’s flattering and I think every artist has their own soul and their own journey. For me it’s all about creating art and taking on projects that inspire me.”

Man gifts Rs60-million car to wife on birthday in UAE !