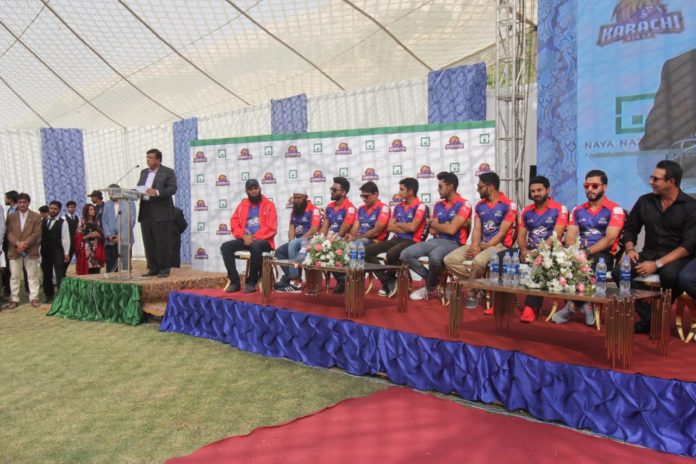 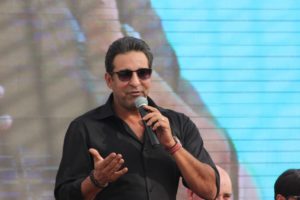 Karachi (Muhammad Yasir) Arif Habib Group hosted a reception in honour of the Karachi Kings’ players on Sunday before the team left for Dubai to play the season 4 of Pakistan Super League (PSL). 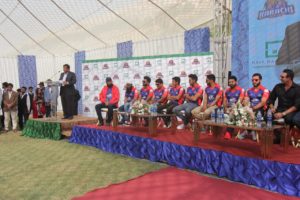 A warm welcome was given by the crowd when Owner of the Karachi Kings, Salman Iqbal entered the ground in Naya Nazimabad along with President Karachi Kings, Waseem Akram; Head Coach & Team Advisor, Mickey Arthur and Karachi King players including the Captain Iman Waseem, Mohammad Amir, Babar Azam, M Rizwan, Usman Khan Shinwari and the rest of the team members. 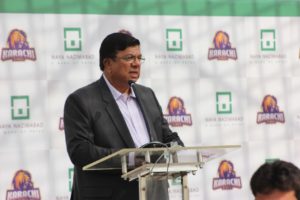 In his opening address Chairman Arif Habib Group, Mr. Arif Habib wished success to the team, saying that Karachi Kings would definitely win because it has got strong players and millions of Karachiites are praying for its success. He said that cricket is a thrilling sport which is loved by the entire nation. He expressed optimism that the team would perform well and in a competitive manner. He congratulated Pakistan Cricket Board (PCB) over organizing the cricketing league, saying that PSL provided an opportunity to the youngsters to play with international players.

Federal Minister for Water Resources, Faisal Vawda appreciated Mr. Arif Habib’s passion for cricket and his efforts for organizing a grand sendoff ceremony to honour Karachi Kings. “Being a Karachiite, I support Karachi and its team and would like to see them win the PSL-4 trophy”, he added. 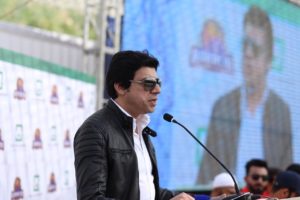 Mayor Karachi, Waseem Akhtar and Commissioner Karachi, Iftikhar Shallwani gave their best wishes to the team and assured that their preparations at Karachi were complete for PSL-4.

Provincial Minister of Sindh for Local Government, Public Health Engineering and Rural Development and Katchi Abadies, Saeed Ghani openly shared his support for Karachi Kings and said that this year, unlike the previous 3 editions of PSL, he and his son will be supporting the same team, Karachi Kings.

Karachi Kings Owner, Salman Iqbal said “The love and support we receive from the people of Karachi is absolutely overwhelming”. He added that PSL has become a mega event that promises nonstop entertainment for the fans. He said that his franchise visited various cities of interior Sindh in connection with the talent hunt drive and chose a couple of players who would now be seen playing with the top international cricketers at the 4th edition of the PSL.