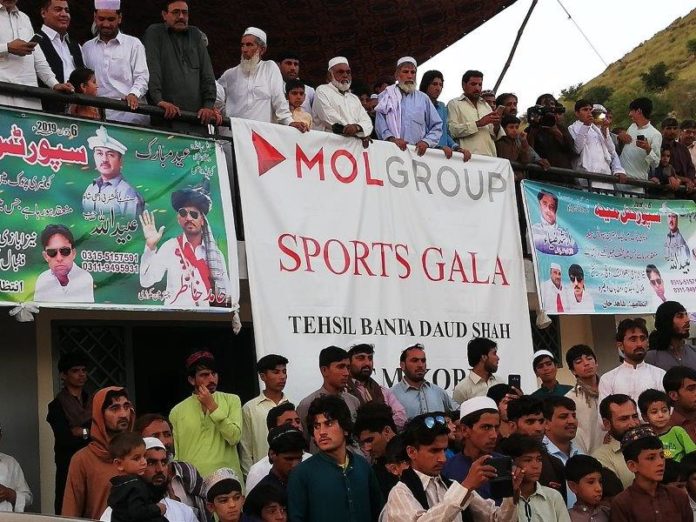 As part of its CSR initiatives, MOL Pakistan Oil & Gas Company B.V, conducted a two-day sports gala at Terri Chowk Sports Complex of Tehsil Banda Daud Shah for the youth of the area.

The gala was an unprecedented success as a large number of communities from surrounding villages attended and this time the participation spread out from the southern areas of D. I. Khan and Lakki Marwat as well.

In his message, MD/CEO of MOL Pakistan, Dr. Gabor Vakarcs said, “MOL Pakistan has been present in Pakistan since 1999 and we have maintained our support to the local communities throughout these years. As a responsible corporate entity, MOL Pakistan is highly determined to continue with activities that are focused on showcasing the talents of the youth of our operational areas.”

In his message, Mr. Ali Murtaza Abbas, MOL Group Regional Vice President for Middle East, Africa & Pakistan commented, “MOL Group is very proud of the fact that we are helping to preserve the customs and traditions of the areas we work in Pakistan. Konali, tent pegging and horse dancing are age old traditions being followed by the people of Khyber Pakhtunkhwa. MOL is very happy to promote and support these activities for the youth.” He continued that “it is the extended support of the local administration, without which it would not have been possible to conduct such a mega event for this region. I would like to take this opportunity to thank the district administration and participants of the sports gala, without whom the event would not have been such a great success.”

At the closing ceremony Mr. Tariq Javed, Head of Community Development, MOL Pakistan, distributed the shields and trophies amongst the winners and runners-up teams. The youth and the local elders of the communities praised and thanked MOL Pakistan for a great event and looked forward to similar events in the coming years. 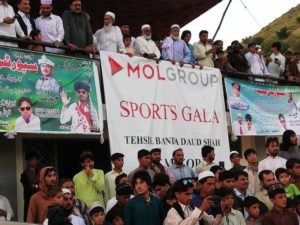 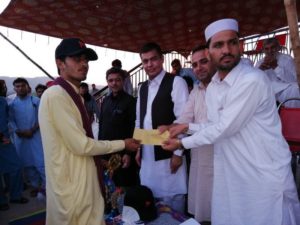