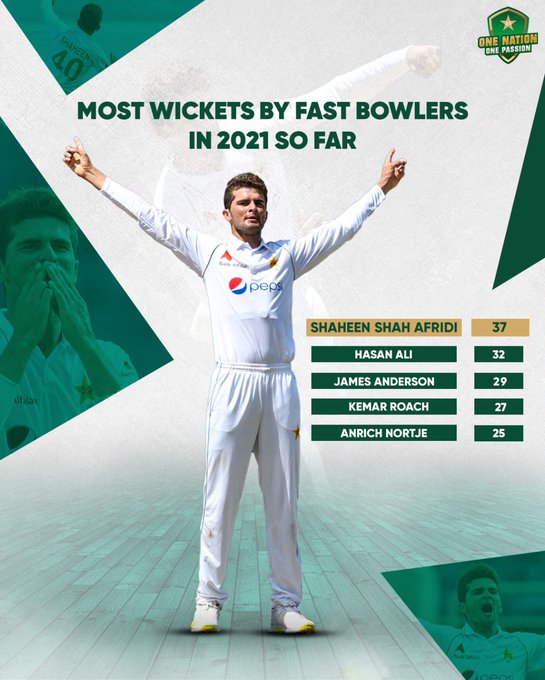 Star of Pakistani team during West Indies tour, Shaheen Shah Afridi has become the fast bowler with the most wickets in the Test format in 2021 so far — after his 18-wicket haul during the Test series against West Indies in Jamaica.

Shaheen helped trigger the West Indies’ batting collapse in both innings during the second Test match, grabbing 10 wickets in the process. The left-arm pacer has managed to gain 10 slots to reach no 8 on the MRF ICC Test bowler’s rankings. Before the Test began, Shaheen was on number 18 in the bowler’s rankings.

Radwanska through to last four in Singapore