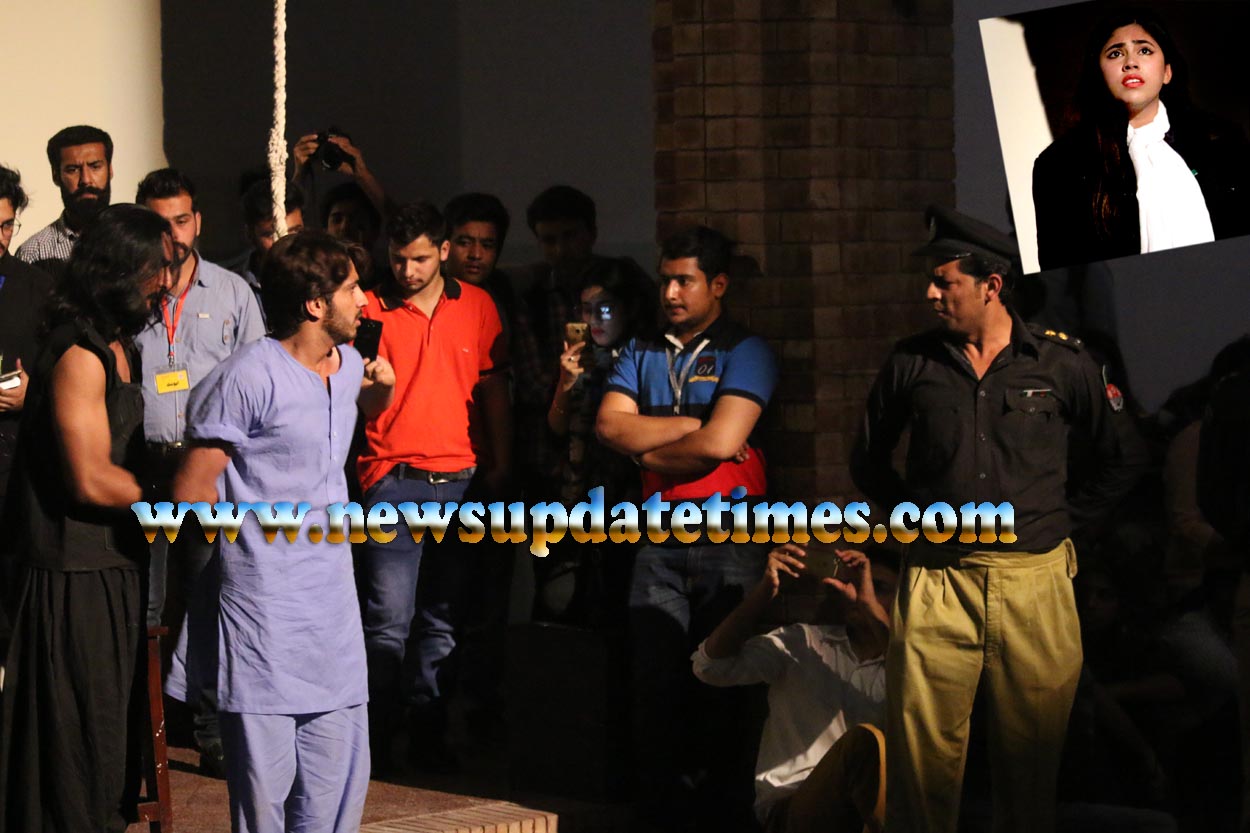 Lahore – Ajoka theatre’s new play “INTEZAAR” based on true stories of prison inmates will be premiered in Alhamra Hall 2 on other day at 7 pm. Ajoka produced this play earlier this year in collaboration with Justice Peace project Pakistan and UK based director Dina Mousawi and Poet Ryan Van Winkle.
Written by Ajoka’s executive director Shahid Nadeem the play is inspired by true stories of Pakistani death row prisoners. It highlights the stories of suffering, of injustice, and primarily of wait. The wait, in the context of our judicial and prison system, means waiting when your loved one will come home, when the judicial system will give justice to the falsely accused.
Shahid Nadeem who has also co directed the play said that very little is known about the lives of prisoners in Pakistani prisons, even less about those on the death row. This play will give a chance to witness their suffering and miserable conditions. The stories of “Intezaar” are based on true stories, however their names have been changed for reasons of privacy and legal factors, he added.
“Intezaar” is a unique project which has brought four organizations committed to the cause of human rights and socially meaningful art:  Supported and coordinated by Justice Project Pakistan and Highlight Arts, London, the project has been developed by the creative partners: Ajoka Theatre Pakistan and Complicite , London.
The cast of the play includes Usman Zia, Nayyab Faiza, Mishal Khan, Sohail Tariq, Usman Choudhry Bilal Mughal, Muzammil Shabier and Usman Choudhry. The play in being present in collaboration with the Lahore Arts Council and it will have one more show on Wednesday 29th November as well.