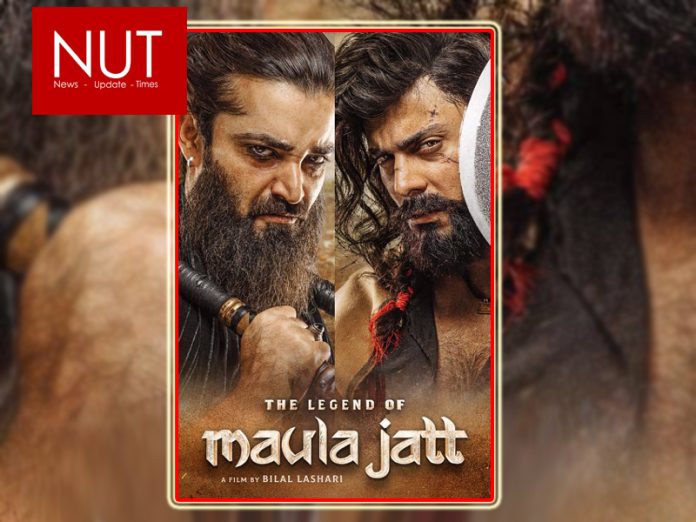 Lahore (Muhammad Yasir) Bilal Lashari’s most ambitious project and biggest film in the history of Pakistan film Industry, The Legend of Maula Jatt have finally released in cinemas after a long wait of years.

The film have truly revived the glory of Pakistani film industry and Lollywood is celebrating the grand arrival and landmark success of biggest film of Pakistani Industry at the same time. The larger than life premiere of the film held at Que Cinemas Lahore previous evening and it was a occasion of evergrean memories. All the industry guests present to witness the magic of Maula Jatt on the celluloid and it was a dream come true with blockbuster written all ovet it.

TLOMJ is Pakistan’s most expensive production to date and the filmmakers have focused on every little detail. Leveraging VFX expertise from global cinema production and an international stunt team to train the cast, the film has audiences brimming with anticipation for a movie that has established many “firsts” in the Pakistani cinema.

The Legend of Maula Jatt also boasts the biggest star cast for a Pakistani film including Fawad Khan, Mahira Khan, Hamza Ali Abbasi, Humaima Malick, Mirza Gohar Rasheed, Faris Shafi, Shafqat Cheema and Ali Azmat. The film has been directed by Bilal Lashari, known for his directorial debut with ‘Waar’ and produced by Ammara Hikmat under the joint venture of Encyclomedia & Lashari Films in association with AAA Motion Pictures. The screenplay is by Bilal Lashari and the dialogues have been penned by the icon screenplay writer Nasir Adeeb. The filmmakers have partnered with Geo Films as their presenting partner.

The film will be locally distributed by Mandviwalla Entertainment and internationally by the Movie Goers Entertainment. A few days ago special screening was also held for ‘The Legend of Maula Jatt’ at Cue Cinemas, Lahore. Cinema exhibitors from all over Pakistan were in attendance at the screening and have acclaimed the movie as the ‘perfect blockbuster’ and have predicted it to have a huge box office opening. Synergyzer On Bringing Pakistan’s Advertising, Marketing & Media Industry Beyond the...