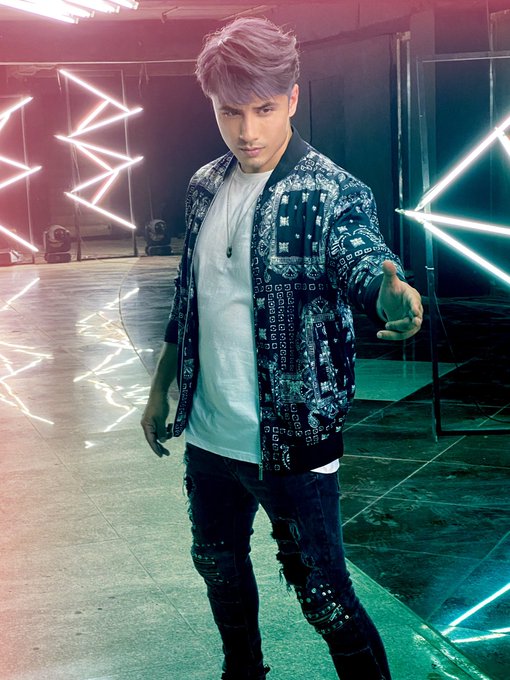 Pak Star Singer Ali Zafar sent both his and K-pop fans in a frenzy after teasing a new look inspired by the smash hit genre on his social media platforms.

Promising something special this Eid, Ali Zafar shared photographs of himself on the set of the secret project. “Onset! Get ready for something smashing this Eid,” he said. More pictures made their way on fan accounts, including some of him getting a special haircut for the project.

The Singer turned Actor then turned to the microblogging app once again to share his final look for the project, debuting his ode to K-pop!

Needless to say, thanks to korean singer’s immense popularity, the tweet proved to be a hit, however, left Pakistani K-pop fans divided over the look. While some expressed excitement about the upcoming project, some were left unimpressed.

Some even speculated whether Ali Zafar had managed to score collaboration with some K-pop stars.

“GIVE US MORE DETAILS ARE YOU GONNA COLLAB FOR NOW BTS IS IMPOSSIBLE BUT YOU CAN COLLAB WITH SUPER JUNIOR YESUNG CUZ HE NOTICED PAKI FANS TWO TIMES,” tweeted one excited fan.