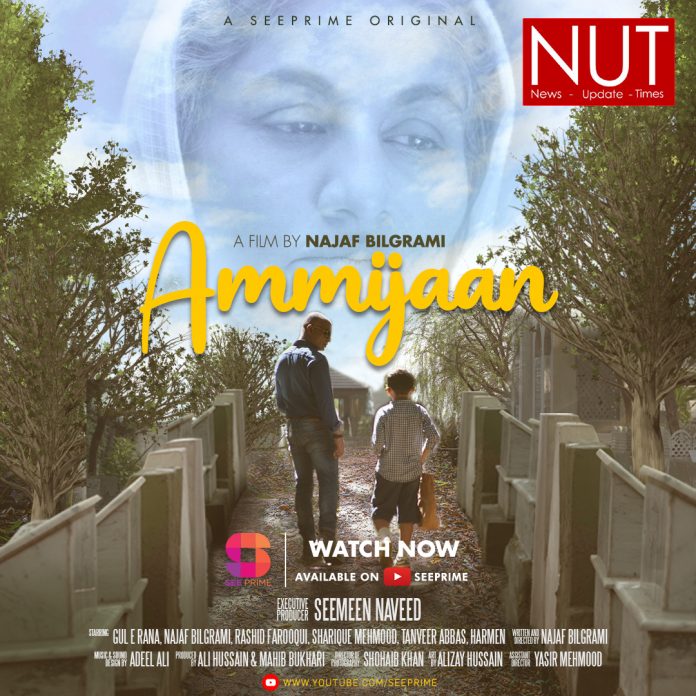 Lahore (Muhammad Yasir) Changing the digital entertainment landscape in Pakistan, See Prime, the entertainment platform launched by SEEME Productions, has released its latest short feature, a touching tale of the complexities of relationships and unkept promises starring Najaf Bilgrami and Gul-e-Rana in the lead.

‘Ammi Jaan’ is an intense story of the sentiments and emotions attached to the promises that are oftentimes not fulfilled. With its simple execution, Ammi Jaan unfolds the complex nature of human beings and their way of dealing with their relations.

The short feature also stars Rashid Farooqui, Sharique Mehmood, and Tanveer Abbas in pivotal roles. It has been written and directed by Najaf Bilgrami and produced by Seemeen Naveed, Ali Hussain, and Mahib Bukhari.

Talking about the new short feature, executive producer Seemeen Naveed said, “It was exciting to collaborate with the talented Najaf Bilgrami to bring this amazing story. ‘Ammi Jaan’ is a bit heavy on the emotions, but with its simple execution, we are hoping to get the message across.”

The film is now available to watch on See Prime’s YouTube channel.