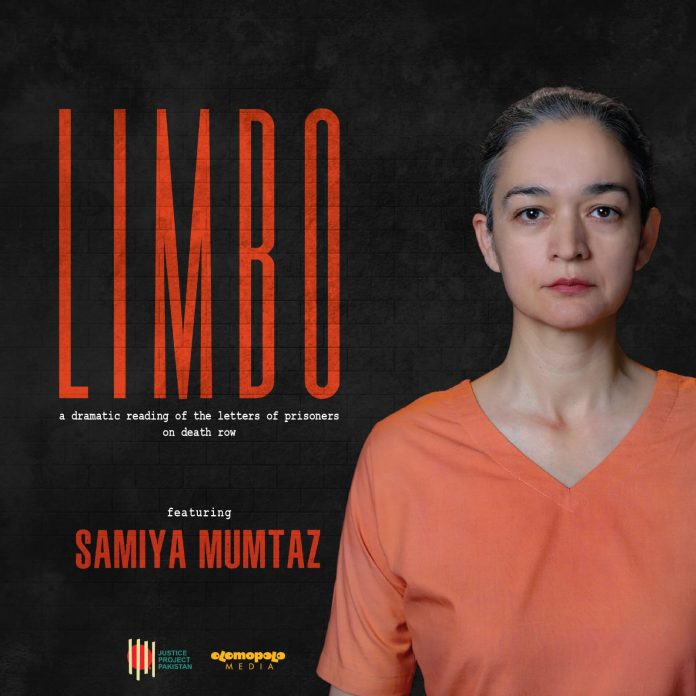 Justice Project Pakistan to host a dramatic reading of letters of prisoners on death row to commemorate World Day Against the Death Penalty.

Karachi (Muhammad Yasir) To commemorate the World Day Against the Death Penalty on 10 October, Justice Project Pakistan (JPP), in collaboration with Olomopolo Media is hosting the upcoming play titled “Limbo” – A Dramatic Reading Of Letters of Prisoners on Death Row on the 10th of October 2022 at the Pakistan National Council of Arts (PNCA) in Islamabad. The play is conceptualized by Kanwal Khoosat, with direction from Talha Mufti and sound design by Agha Haider. Further, the performance also features renowned artists such as Sarmad Khoosat, Samiya Mumtaz, Erfan Khoosat, and Hassan Wajid Baig.

“Olomopolo presents ‘Limbo’, showcasing narratives that society forgets, those that society wishes it did not have to remember or acknowledge,” stated Kanwal Khoosat, Executive Director of Olomopolo.

Performers within the play will primarily read letters penned by the incarcerated inmates in Pakistan’s penal system. The letters are interspersed with passages from George Orwell’s essay, ‘A Hanging’, and regulations from the Pakistan Prisons Rules. The dramatic readings seek to highlight the dysfunction of Pakistan’s justice system – torture, false confessions, juvenile detention – as well as shine a light on the humanity of those behind bars. With this production, JPP and Olomopolo Media hope to raise important questions about crime, punishment, and the justice system.

“This year, the theme of the WDADP is torture – a theme that has particular resonance for our country since a significant number of death row prisoners have been sentenced to death on the basis of evidence extracted under torture. The heartbreaking stories of our clients in Limbo highlight the urgent need to reform Pakistan’s criminal justice system. We also implore our lawmakers to legislate criminalizing torture so that some of the stories you hear during this performance don’t ever have to be repeated,” stated Sarah Belal, Executive Director, JPP. 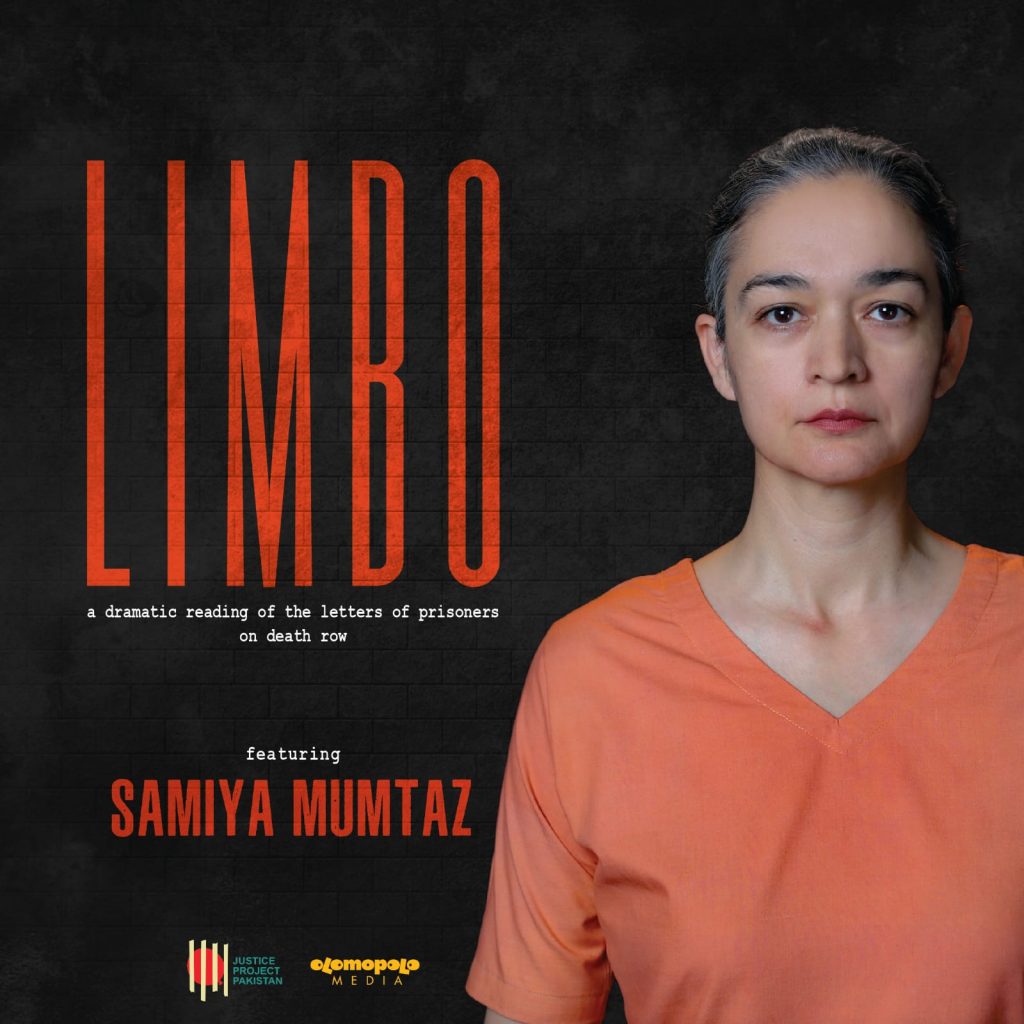 Prior to the play, an interactive session titled ‘This Is (Not) A Game’ will begin at 6:30 pm, followed by hall entry at 7 pm. The performance will start at 7:30 pm sharp. Tickets cost Rs1,500 and are available online through Ticketwala and at the PNCA. 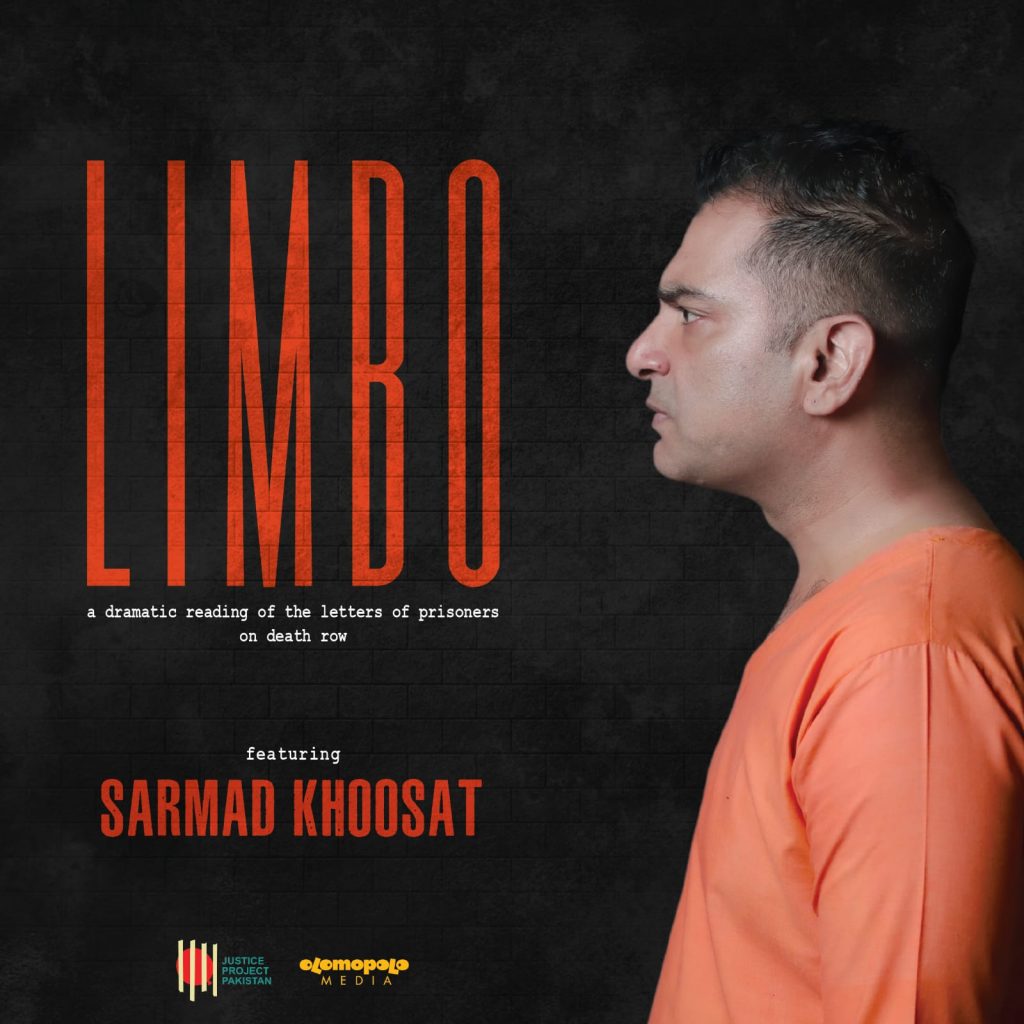 Justice Project Pakistan is a legal action non-governmental organization that represents the most vulnerable Pakistani prisoners facing the harshest punishments at home and abroad. 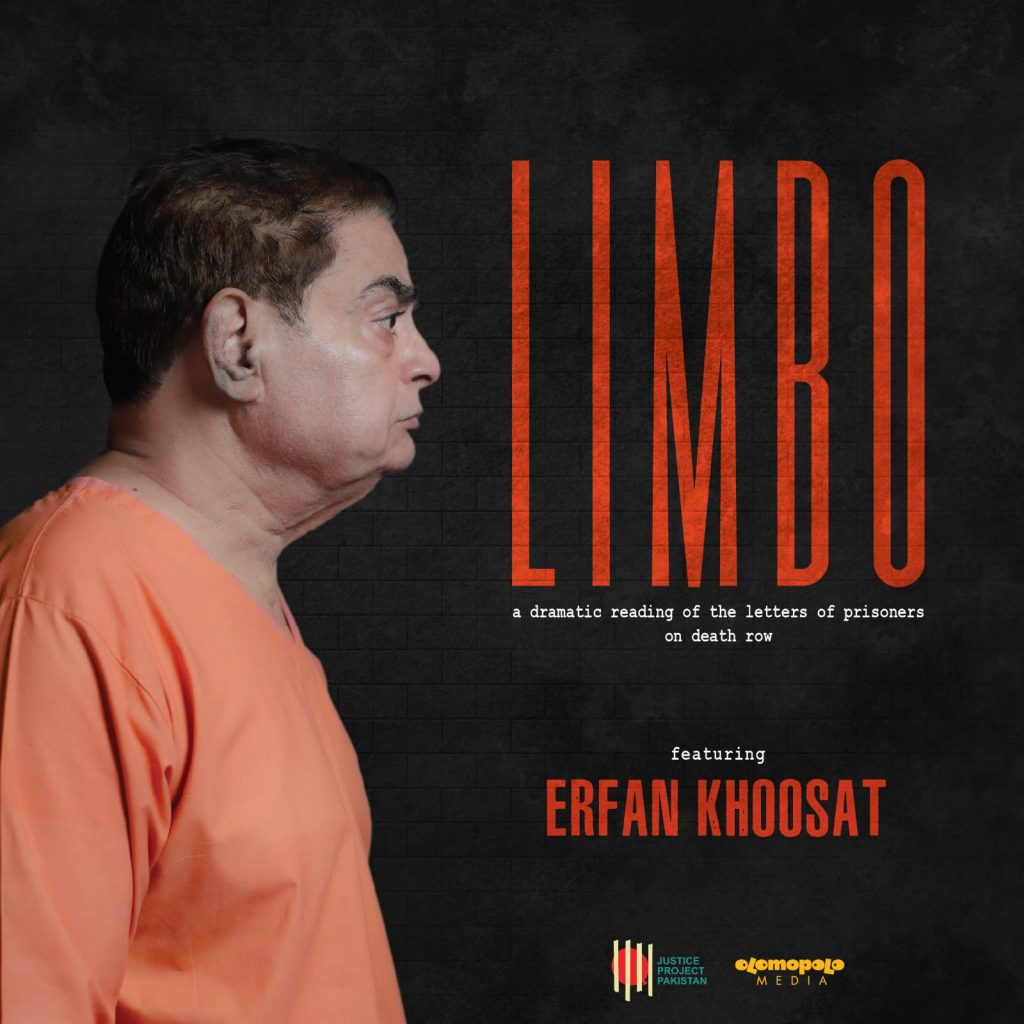 Olomopolo Media has previously worked on several other projects including the hit play “Both Sit In Silence For A While”. “Limbo” is said to be another impressive endeavor by the media organization and will surpass expectations in its delivery. The media company has several other projects in the pipeline. More on that will be disclosed at a later date.