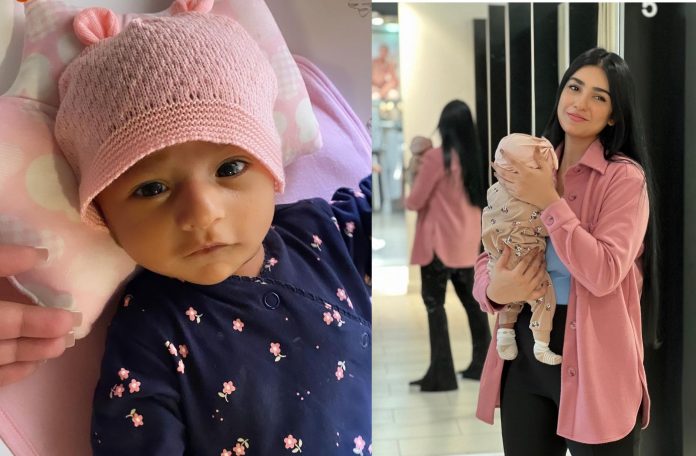 Actor Sarah Khan took to the social media application Instagram to share the image of daughter Alyana Falak and it is going viral.

“My cute little munchkin ♥️ MashAllah,” the caption of the picture read.

The viral image got millions of likes from the social media application’s users. They, along with celebrities, took to the comments section to show their love for the child.

The actor, who has eight million Instagram followers, is one of the most followed Pakistani celebrities on social media platforms. She posts family pictures and videos for the fans along with those of her photoshoots and projects’ behind the scenes.

Earlier, she posted a heartwarming video of her husband Falak Shabir holding his daughter went viral. It got millions of likes as well.

“So happy to announce the arrival of my daughter who is half me and half the one I love. Introducing ALYANA FALAK,” he said, revealing the name of the newborn.