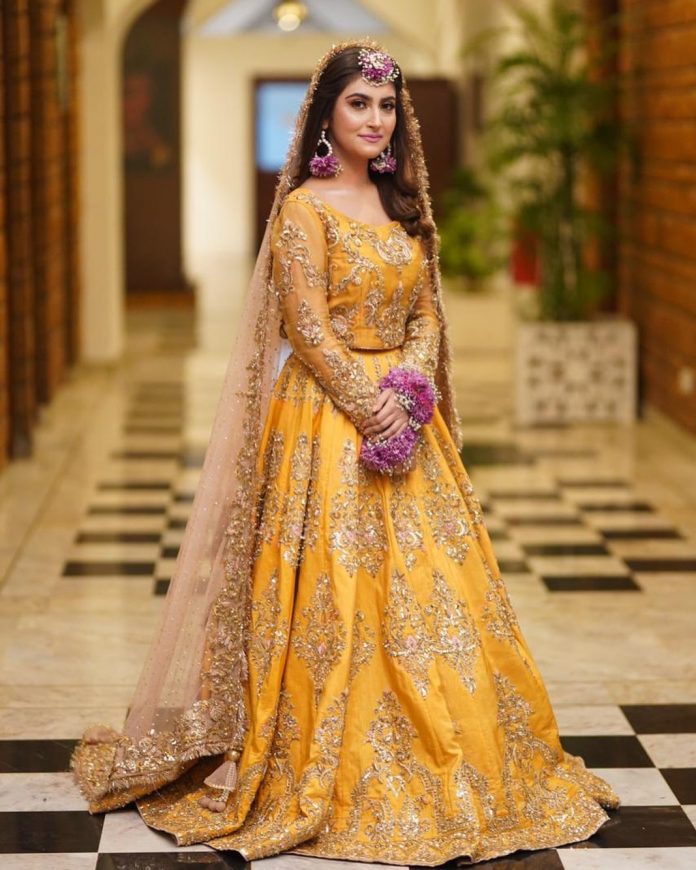 Actor Hiba Bukhari looked stunning in the pictures and videos taken on her mayoon are going viral across social media platforms.

The Berukhi star took to Instagram to announce that she had exchanged rings with fellow celebrity Syed Arez Ahmed. The celebrity wrote that Syed Arez Ahmed was now hers and she feels the safest in his arms.

She recalled how she used to get uncomfortable when it came to holding her fiancé’s hand while working on the projects. He added that she was happy to fall for him afterwards.

The celebrity looked forward to spending the rest of her life with Syed Arez Ahmed and thanked him for supporting her when she could not hold onto herself.

The Wedding Virus star was previously refused to announce as to when she would tie the knot with Syed Arez Ahmed. However, she admitted to fighting frequently with him as he bothered him the most.

Khaadi wins ‘Retail Brand of the Year’ award at the HUM...