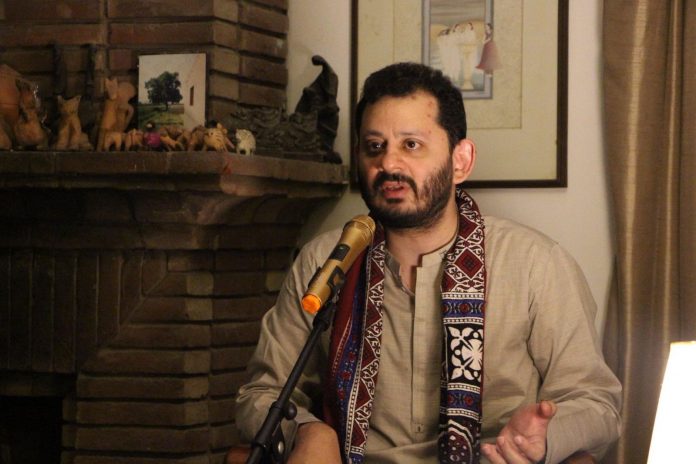 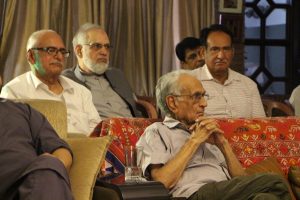 Many such enlightening memories from Sahir Ludhianvi’s life in Lahore were traced and presented in amusing session at 50th Thaap Talk entitled “Sahir Ludhianvi’s Lahore, Lahore’s Sahir Ludhianvi” , held at Thaap Gulberg Lahore on Friday evening. Raza Naeem, noted translator and literary activist presented extracts from his research on 6 years of Sahir’s Ludhianvi’s life passed in Lahore from 1943 to 1949.  He gave a deep insight of Sahir’s life , his residence at Abbot Road near Lakshmi Chowk Lahore, his life style, philosophy of life. Raza  mentioned the struggle behind publishing his first poetry collection “Talkhiyan” which later became best seller poetry book and how film makers use to keep its pocket edition in their pockets.

Raza Naeem described that Sahir came to Lahore at the age of 21 when he was expelled from college in Ludhiana for romancing a girl.Young and heartbroken Sahir headed to Lahore,the cosmopolitan city and  Cultural hub of sub continent at that time. Sahir stayed with A Hameed, Ibn e Insha, Fikar Taunsvi at Abbot road and started his struggle as a poet. Although his poems were quite popular but nobody was agreed to publish its poetry collection.

While shedding light on one of Sahir’s enduring poem Taj Mahal,Raza Naeem narrated that poem displays a unique consciousness about a cultural and civilizational asset and is also an outstanding in terms of its impact.