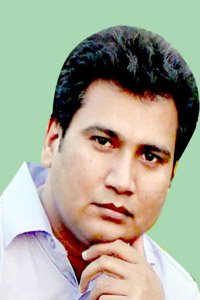 Pakistan Peoples’ Party has reorganized the provincial level set up to take a lead in 2018 general elections. An analysis of the impact of this change in PPP with reference to the politics of Pakistan is not an out of place exercise.

The PPP is an old party, one that has a presence all over the country. It has genuine democratic credentials and is known as a true voice of farmers, factory workers and minorities. The PPP also has a glorious past, challenging to the establishment-led forces in the country. It has produced champions of human rights, minority lovers and promoters of peace and tranquility in the region. It has also won sympathies of intellectual circles, particularly the leftists. Since the intellectual base of the party, coupled with the wishes of poor strata of society, is the real strength of the party therefore it has swam and sunk together with these circles and quarters.

PPP was a target of military establishment throughout eighties and nineties. Its leadership was blamed for corruption and inability of the PPP leadership to respond timely made it unpopular among the masses. According to Shahid Javed Burki, as many as 15 million voters have shifted from the PPP camp to its opponents. There is also a huge number of those party voters who preferred to stay away from the voting process since they were not comfortable with changing loyalties. In a nutshell, it was the PPP as a political party, which suffered heavily.

PPP was popular for its pro-people policies. It earned a bad name for its alleged involvement in corruption. However, the PPP circles claim that nothing has been proved against their leadership. However, the anti-PPP forces have achieved their objective of making it unpopular among the masses. The PPP, despite having a notion that the establishment was hitting hard on its popularity, failed to dispel negative propaganda against its leadership.

The PMLN, on the other hand, has learnt from not only its own mistakes but also the mistakes of PPP. It has reacted timely to dispel negative propaganda against its leadership. The Panama papers are one glaring example of this strategy on the part of the PMLN. It has not only defeated the opposition on the front of street agitation but also blocked the opposition’s Nawaz Sharif-specific legislation in the names of Panama papers inquiry. The most important achievement of the PMLN was creating a situation where the PTI had no option but to approach the Supreme Court with a plea for an inquiry against the prime minister and his family on the matter. Now, the PTI is facing problems in proving its case before the apex court and propaganda is being made outside court that the onus of proof has shifted to the prime minister family after his children have accepted the ownership of the controversial London flats.

The PPP is watching the situation carefully while staying away from the PTI in its anti-government agitation move. The PPP is planning to replace the PTI as a true opposition party. The question now is would the PPP be able to achieve this target? Bilawal Bhutto is the only ray of hope for the PPP, as Zardari has lost its credibility both within and outside the party. Furthermore, he was never popular in party ranks and files since from day one. He was never accepted by the party workers but still he tried to dominate the party affairs while sitting behind Benazir Bhutto. Even after Benazir Bhutto when he took charge of the party affairs from the front, the PPP workers supported him initially until the media launched a full-fledged campaign against him on account of his alleged corruption. That was the time when Zardari lost his credibility, which also hit the party’s popularity by and large and the PTI replaced it as a true opposition of the PMLN. Chances of a successful replacement would have been very much likely in case Imran Khan had behaved politically. Instead, he adopted a non-serious attitude on a number of political issues until he lost 2013 elections badly. The establishment put last nail in his coffin by using him as a tool against the government during the 2014 sit-in. Imran crossed all limits during his dharna at the D-chowk Islamabad and kept mentioning about the possible role of army as an umpire until Javed Hashmi jumped out of his container and held a press conference outside the National Assembly. He exposed Imran Khan, Tahirul Qadri, vested interest elements in army and judiciary, which weakened the PTI-led agitation movement against the government. Since then, the PTI has been trying to get a hold of the situation in one or the other way. But it is losing ground altogether with every passing moment. Meanwhile, Bilawal has been projected as a true replacement of Imran Khan by the PPP, who dissolved the party set up throughout the country to bring in his own team. A start was taken with the replacement of the Sindh Chief Minister, which is proved a right step so far. The new Chief Minister Sindh, Syed Murad Ali Shah has worked hard to strengthen the PPP’s grip on Sindh affairs. He is also a more articulate chief minister against the former one, which has rebuilt the party image within and the outside party circles. Now, Bilawal has announced reorganization of the party in all the four provinces.

The party critics had been watching the reorganization campaign carefully. The outcome is in accordance to their expectations by and large. Especially, the appointment of Qamar Zaman Kaira as PPP central Punjab President has been appreciated by both the proponents and opponents of the party. Kaira has a strong pulse of the prevailing political situation in the country. His first press conference also suggests that he has a complete agenda to act upon in order revive the party’s glory in Punjab.

The party reorganization has been carried out at a very critical time by Bilawal. It may take the party out of a crisis-like situation and it may also prove to be the last round of a lost battle. Had the new party set up failed, particularly in Punjab, chances of PPP’s revival would be sealed for all times to come. The PPP has played its trump card in order to revive as a political party and push the PTI back to the corner, which has filled the space after the tragic death of Benazir Bhutto. This is a very crucial time for the PPP. A single mistake can take it to the abyss with zero chance of recovery. The new party set up in Punjab and rest of the provinces should understand the gravity of political situation, especially when the PMLN is also ready to provide it the required breathing space in order to get rid of the Imran phenomenon once and for all.

Party reorganization is always a cumbersome process. It leads to both positive and negative outcomes within the party ranks and files. Those who are dropped by the party leadership in their selection for the top slots get angry and show their displeasure in one or the other way. A popular party always absorbs such pressures but the same cannot be said for an unpopular political party like the PPP. The immediate reaction by those who have lost the race is not known yet. There is currently no immediate reaction available from those circles. It is a good omen for the party’s future. But it may be a nightmare in case the angry circles start criticizing the party leadership for ignoring their sacrifices in the past. Bilawal Bhutto may emerge as a true leader in case he succeeds in overcoming the party discord in the aftermath of the party reorganization campaign. One may start hearing dissenting voices in the days to come, which could spoil the reorganization process in case the party leadership fails to control the situation. Therefore, the new leadership under the reorganization campaign has to be extra conscious in their day to day affairs unless the party reconciles on new reality fronts.

Qamar Zaman Kaira is a popular leader of PPP not only in Punjab but also in Pakistan. He has the art of engaging the media, wooing the masses and toeing the party line. He is equally popular within and outside the party circles and is known as a non-controversial person. Both the party chairman and co-chairman have confidence in him as a true and loyal party worker. However, his family is not as effective a political party as the Chaudhry family of Gujrat or Sharif family of Lahore is concerned. The Kaira family has a limited influence in the politics of Punjab. On this front, Kaira has a background similar to Manzoor Wattoo. Both of them are towering personalities in their own rights but their families do not have the required influence in Punjab to synchronize the party at the constituency level. Manzoor Wattoo badly failed on this front despite the fact that he worked hard to win the party workers at the tehsil, district and union level. There was a complete disconnect between him and the party organisation because of the lack of acceptability of Wattoo as a political family in Punjab. Unfortunately, the Kaira family also lacks the potential of connecting the dots like the Chaudrys of Gujrat had connected the jutt link in between 2002 and 2005. It means that Kaira would have to act like a one man army in the days to come and he would not be able to carry the aura of a political family to win the political circles in Punjab. Winning over the clan-led central Punjab would remain a challenge for Kaira and his critics would test him on this count sooner than later.