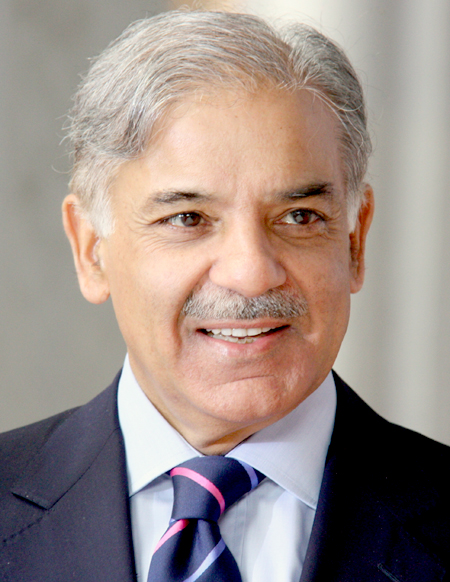 I write these lines not as a politician or a chief minister but as a common citizen of Pakistan. Barely 24 months back, we had the infamous Islamabad dharna. Once you cut through the noise and bellicose rhetoric, its only contribution was delaying the launch of the historic CPEC, which is already proving to be a fate-changer for Pakistan. Does it matter if this delay may have been an unintended consequence, as some like to argue? What matters is that the project got postponed by one whole year.

As in the life of an individual, every day matters for a nation. Every day, millions of choices are made and decisions taken. And every choice we make, or choose not to, has consequences. What I am talking about here is exactly one such critically important choice for this country; does one support or reject the promised PTI charge on Islamabad?

There are millions of those who reject it, and thousands others who support it, but I want to hear the voice of the many who are still quiet about it. Because, honestly speaking, silence is not an option here; for we are talking about the future of our country, our children.

There are two conflicting versions here – and one is obviously wrong. And it’s time to call that out, loudly and clearly. Government detractors insist that the impending attack on Islamabad and its law-abiding residents is the only available recourse to evoke a ‘truthful’ response from the prime minister on the Panama Papers issue. Unfortunately, this premise itself is untrue.

The truth is that the Supreme Court of Pakistan is already seized of the matter. The truth is that the prime minister has declared, despite stiff opposition by his legal team, not to challenge the court’s legal jurisdiction to take up the issue and has voluntarily submitted himself and his children to the writ of the court. If seeking the truth was the ‘true’ objective, then the Supreme Court is the forum to do it, for there is nothing above it but Allah Almighty. So isn’t it now time for the other side to tell the truth as well and share the ‘true’ reason for this planned onslaught? Or is it, in truth, a covert attempt to disrupt the ongoing progress?

Curse the blinders of ignorance and selfish motives, which prevent many from seeing the difference between personal greed and the country’s need because even outsiders are talking about Pakistan taking off. The Chinese are lauding the progress of work being done here and have coined the term ‘Punjab Speed’ as an acknowledgement. The outspoken managing director of the IMF, Christine Largade, has described Pakistan’s economic turnaround as “a moment of opportunity”. All our economic indicators are up, terrorism is down, economy is on the rise, hopes have been revived, and hopelessness has evaporated. After a long hiatus, we have finally hit the economic deck running. In order to sustain the momentum, we need uninterrupted forward progress, and not retrogressive disruptions.

Every indicator says life is good and getting better. Our forex reserves are the highest in history. Stock exchanges have touched the highest positive notes and there will be surplus energy in 2018. It was only a few days ago that the World Bank listed Pakistan among the top ten improvers in its latest report of Doing Business 2017, titled ‘Equal Opportunity for All’.

Massive transformation is underway in sectors like infrastructure development, transportation, agriculture, communication, youth development, education, and health etc. But, above all, the nation’s morale is high and positive after many years.

But for any country to walk the arduous road of progress, its people must stand and stand firm. It’s time for every citizen of Pakistan to be counted for his and her country. Staying silent, or what many call being ‘neutral’ is not an option. Each one of us has to be biased towards the country, and must openly reject what is manifestly wrong. Call me wrong if you so feel and I shall respect you for expressing your opinion candidly, but will you respect yourself if you do not speak up for your country and allow a few agitating thousands to forcibly attempt subjugating hundreds of millions to their whims and caprices?

The dharna will change nothing in terms of balance of power. The PML-N is the ruling party because the nation elected it and gave it the mandate. And only the nation can take it away. But what the dharna will, however, change and affect is the pace of our progress. It could have an immediate and disastrous impact on the China-Pakistan Economic Corridor (CPEC), something our enemies across the borders and those within have tried their best to do, but failed so far.

The $51.5 billion CPEC forms a lynchpin in China’s historic initiative to build all regional economies and Allah blessed Pakistan to be in a unique geographical situation to be a hub of growth in the region. The CPEC’s overall economic benefit for Pakistan is calculated to be around $150 billion at the minimum in the short term alone.

Nothing is more injurious to the scheduled implementation of the CPEC than an atmosphere of political instability and turmoil. Already, a number of energy projects are at various phases of implementation. Their commissioning on time will add much-needed power to the national grid and have a huge transformative effect across various sectors. The CPEC holds the key to achieving energy security by replacing darkness with light. The ending of the energy shortages alone will add 2-3 points to our GDP.

The first dharna wreaked havoc on the CPEC by delaying its launch but thanks to our immensely strong friendship bond with China, the CPEC and Pakistan survived.

Next time around, we may not be that fortunate because not even the best of friends can wait forever for a country to grapple with its internal demons. Time and tide wait for no one and if we lose the surf, we lose the surge.

The ludicrous logic is being paraded nowadays that ‘the autocracy of majority of numbers is not acceptable’. Democracy may have many shortcomings. Sure, it is an evolving mechanism and must have the capacity to accept change and adapt to the needs of time, but only through an orderly legal process and not by anarchy on the streets. Anarchy breeds chaos and chaos consumes nations, not build them.

We are a nation in the midst of a war. Terrorism is down but not completely out. The valiant armed forces sacrificed thousands of its brave soldiers and officers as did the police and other law-enforcement agencies. But can we ever allow tyranny of religious extremism to be replaced with tyranny of political extremism? Accept anarchy over order?

I can fathom one political leader’s desperation to claim a legacy even at the cost of irreparable damage to the country but I feel compelled to say that notoriety is not a legacy; it’s a curse. Legacies of honour are not carved out of slogans or built upon empty rhetoric. They emerge over time, crafted painstakingly through service to the people. Honourable legacies can only be earned, and not snatched through anarchy or mob rule.

The writer is the chief minister of Punjab.

In the two states tug of war the Kashmiris bleed