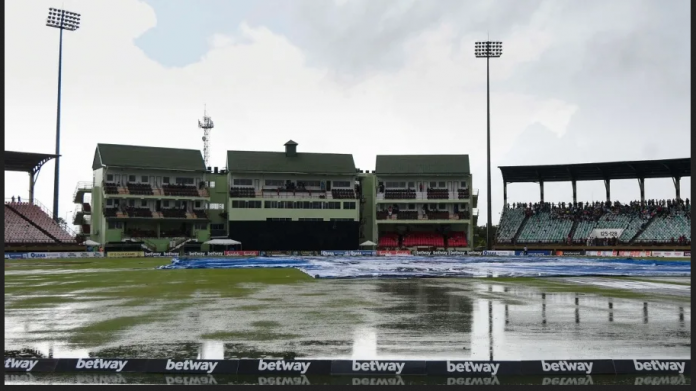 Rain allowed only three overs to be bowled in the fourth – and final T20I – in Guyana, which meant Pakistan, courtesy of their win in the second game, won the four-match rain-marred series 1-0.

After winning the toss on Tuesday, Babar Azam put West Indies in on a damp pitch on an overcast morning. With both sides unchanged from the last washout, Andre Fletcher and Chris Gayle once again opened the innings. Fletcher kicked off the innings by hitting two sixes off Mohammad Hafeez in the opening over and Gayle followed it up with two fours off Mohammad Wasim Jr in the next.

West Indies were 30 for no loss after three overs when rain halted play. That was around 11.15am local time. When the rain eventually relented, the umpires had an inspection at 1.25pm and decided to resume at 2.00pm. The match was reduced to nine overs per side but just when play was about to restart, the rain returned to have the final say.

At the toss, West Indies captain Kieron Pollard had said that this would be the last international game for Dwayne Bravo in the Caribbean and that his side wanted to give him a win. The weather though had other plans.

Both teams will now take part in the two-match Test series, starting from August 12 at Sabina Park in Kingston, Jamaica.