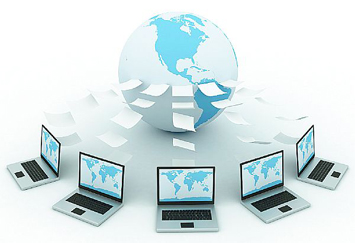 Islamabad – Pakistan based IT companies are making their way towards international markets through their mobile applications and gaming apps. Pakistan Software Export Board (PSEB) is determined to support all such IT companies for creating constructive and conceptual mobile games.
According to PSEB, there was dire need to promote gaming, animation at international level to increase the market revenue for Pakistani developers. There are already plenty of Pakistani IT companies working in international arena mainly named as ‘Mindstorm Studios’, ‘GameView Studios’,‘Pepper PK’ and ‘TkXeL’etc.
From these companies, ‘TkXel’ has created mobile applications and gaming companies from a university lab in Lahore while Pepper PK made history by developing paid BlackBerry applications which reached top rankings on BlackBerry’s App World store. ‘Tintashhas’ designed many innovative casual games for iPhone, iPad, and Android platforms.
Games are not the only avenue on the mobile platform that Pakistani companies are focusing on, bit a number of companies have looked at broader educational and infotainment markets.
Folio3 – Judged as one of the Harvard Business School’s All-World Fast Growth 500 companies in 2010 – has interesting products in its portfolio.
Folio3 has been instrumental in creating an online educational platform for Secret Builders – a company that boasts a virtual world for children 5 to 14 years old powered by a Web 2.0 community of children, parents, educators, writers, artists and game developers.
Pakistan has produced some great gaming studios. The title animation sequence of Game of Thrones, the world’s most-watched TV series these days, has been produced by Hameed Shaukat, a US-born Pakistani. Cricket Companion application which received worldwide recognition was also developed by Tricast Media, a Pakistani startup.
Pakistani Visual Effects Artist, Mir Zafar Ali has received three Oscar awards for his work in The Golden Compass, Life of Pi and Frozen.
Novaira Masood, a Pakistani animator, effects in some of the most popular Hollywood movies including Maleficent, A Christmas Carol, Thor, Transformers 3 and Jack the Giant Slayer.
Like Novaira Masood, Laraib Atta is another emerging visual artist from Pakistan who has worked on visual effects for popular Hollywood flicks such as X-men, Godzilla, and Gravity to name a few.
Talking to APP, official of Pakistan Software Export Board (PSEB) said, the board facilitated the IT Industry through a series of project and programmes for promoting innovation and technologies.
He said, various benefits were being offered to the companies which got register with PSEB, it supported them in participating in International events.
He said , Pakistan Software Export Board in collaboration with National ICT R&D Fund had launched a new internship program titled “Prime Minister’s ICT Internship Programme”.
Through this program, PSEB has trained 3,000 ICT graduates with 16 or 18 years academic degrees which aims to develop a career in the ICT Industry.
PSEB also was also playing important role in providing office space to IT companies and such facilities were necessary for creating a platform for information exchange and linkage between academia, industry and the government, he added.—APP

NdcTech positioned as a major contender in Everest Group’s Temenos IT...