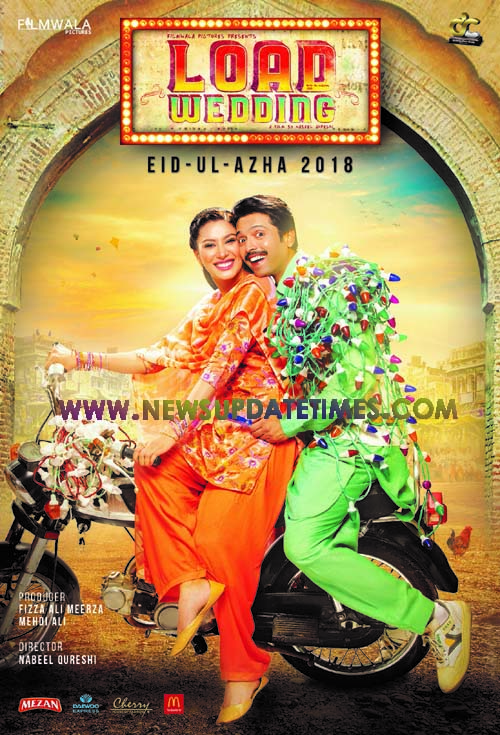 Lahore (Muhammad Yasir)  With the well-thought-out marketing strategy, Filmwala Pictures showed how important it is to be creative and immaculately imprint the name “Load Wedding” in people’s minds. The much-anticipated video of the song “Munday Lahore De” of the upcoming chartbuster Load Wedding, presented by Filmwala Pictures and Geo Films released on 7th August, 2018. Load Wedding will be released by Distribution Club in Pakistan and Zee International Studios worldwide.

Filmwala Pictures in collaboration with Zee Music Co. released video track of the much hyped mehndi song “Munday Lahore De” after securing rave reviews for “Rangeya”. The song is composed by the music maestro Shani Arshad who had also composed Actor in Law’s and Na Maloom Afraad’s hit songs earlier.

Singers, Mohsin Abbas Haider and Saima Jahan have left no stone unturned to keep it light and hit it out of the park. The lyrics have been penned by Shani Arshad and Mohsin Abbas Haider who have managed to bring out the Desi Punjabi Wedding feels through this song.

Fahad Mustafa and Mehwish Hayat created magic on screen with their impeccable chemistry, unmatched energy and dance moves that will definitely get you on your toes. The song has been choreographed very intelligently by Nigha Jee, who has given new mehndi dance goals for this wedding season. Nomi Ansari has dressed Fahad Mustafa & Mehwish Hayat in vibrant and colorful clothes keeping the desi theme in mind.

Munday Lahore De is the perfect peppy mehndi song of the season, from its melody to lyrics, the song has us hooked. Keeping every beat and step on track, Shani Arshad has created a masterpiece for the song and dance lovers.