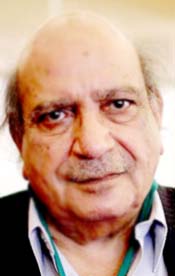 A SERIES of cases in which the Supreme Court has acquitted the accused whose death sentence had been upheld by the high courts have thrown up questions that need to be answered if innocent persons are to be saved from falling victim to the misplaced zeal for hanging people.

In nearly a dozen cases decided during the first three months of the current year, the apex court acquitted the accused, who had appealed against the high courts’ confirmation of their death sentence. The accused had spent eight to 20 years in prison. They were acquitted because their conviction was a result of inadequate evidence or collusion between the complainant and the police. In one case, the convict was found to have been a minor at the time of occurrence.

It is not necessary to ask why the high courts did not notice the flaws the SC relied upon to overrule their findings. At the moment, we are concerned with the possibilities of miscarriage of justice in matters of life and death.

The cases reported during January-March 2017 did not cause as much sensation as the earlier ones, in which two persons were acquitted after they had been executed or a person was found innocent after he had died, but they cause identical concerns. A critical issue is: what can be said about the death penalty verdicts that do not come before the SC? Can it be claimed that decisions in all such cases do not suffer from the flaws noticed in the cases that did reach the SC?

Quite clearly, it is possible for an accused to be deprived of his right to life on the basis of insufficient evidence and intrigue by the complainant and the prosecutors, the two major challenges in the criminal justice system repeatedly highlighted by the SC. The danger of miscarriage of justice brought into focus by these cases is one of the strongest arguments for abolition of the death penalty in Pakistan.

The danger of miscarriage of justice is one of the strongest arguments for abolition of the death penalty.

Unfortunately, this aspect of the matter does not seem to have received due attention while the military courts were being resurrected. Apart from the strains on the justice system caused by curtailment of due process in trials by the military courts, anyone accused of terrorism or acting against national security usually loses the right to an unbiased adjudication. The danger of miscarriage of justice in terrorism-related cases becomes doubly strong if the tribunal is in conflict with the universally accepted principles applicable to the courts.

The cases under reference again highlight the fact that a sound criminal justice system depends critically on an efficient prosecution agency.

The need to separate the prosecution service from the investigation branch of the police has been the subject of an intense debate for decades. Some steps in this direction have surely been taken over the years but whether the system now in force adequately answers the call for a prosecution branch duly qualified and independent enough to meet the requirements of a fair dispensation of justice is a question that should be answered only after a proper scrutiny of the current practice has taken place.

The urgency of a reappraisal of the working of the provincial prosecution agencies has recently been underscored by the incredibly horrible incident in Lahore in which a public prosecutor was accused of advising some non-Muslims facing trial on serious criminal charges to convert to Islam if they wanted to escape punishment.

Such blatant abuse of the law has never been reported in Pakistan’s history. The incident not only revealed an unforgivable betrayal of the trust reposed in law officers, it also constituted an unpardonable disservice to Islam. There is good reason to hold Punjab ’s law department, including the law minister, accountable for this sordid affair. The suggestion that anybody’s right to justice depends on the colour of his skin or the nature of his faith is utterly unacceptable and must be repelled with as much force as possible.

While discussing the factors that affect the criminal justice system it is impossible to ignore the mess that the police network has been turned into. Pakistan can hardly be proud of persisting with different police laws in the different provincial territories. The main point of variation is that in some areas the authorities cannot abandon their love for the colonial period Police Act of 1861 while in some other parts the Police Order of 2002 is worshipped minus its most significant provision — public accountability of the police force.

The clauses of the Police Order, adopted by Punjab, for instance, that envisaged the creation of public liaison and complaints mechanisms at all levels, federal to district, have never been sincerely implemented. Further, had the security of tenure guaranteed to the provincial police chiefs been respected, the kind of farce being staged in Sindh could have been avoided.

Unfortunately, the country’s political parties have stoutly resisted all initiatives aimed at depoliticisation of the police force. The reason is obvious. Many political leaders depend upon pliant police officers more than on the support of the citizenry. Thus it was left to some public-spirited, retired police officers to start a drive for proper implementation of the public oversight provisions of the Police Order 2002.

The nexus between a police force that can be politically manipulated and unfair practices in criminal trial cases should be evident to law experts and laymen alike. The collusion between litigants and the police investigators, against which the SC has spoken so often, might not be possible if the police officers have no political patronage.

It is time the need for uniformly efficient and service-oriented police laws for all parts of the country was dealt with by the Council of Common Interests and the task of ridding the subordinate judiciary of the infirmities pointed out by the SC was taken up by the Law and Justice Commission took up.