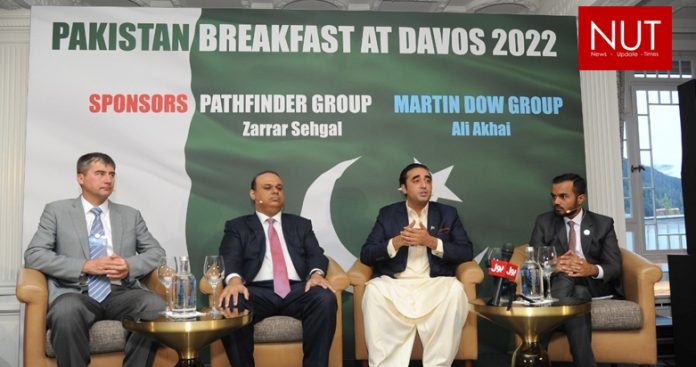 Speaking at the event, Mr. Akhai said that despite the recent economic challenges in the world, the ease of doing business in Pakistan — in comparison to its neighbouring countries — had improved tremendously. “There is a marked improvement in the performance of the country’s federal and provincial regulatory bodies, by easing business operations such as improved banking infrastructure, access to local financing avenues, and repatriation of profits,” he explained.

On the outcome of these reforms, he shared: “Because of these measures, in the period of last few years, Pakistan is shaping into a lucrative market for multinational companies in different sectors. Big brands of automobiles and mobile phone companies have recently invested in setting up their assembly units in Pakistan.”

He added: “Pakistan is also becoming an attractive destination for investments in the service sector as well. Many e-commerce players and foreign start-ups commenced their operations in Pakistan with significant investments.”

According to Mr. Akhai, after the outbreak of COVID-19, it was feared that Pakistan would be a potential hotspot because of its high population density of over 210 million. “But due to the efforts of our committed healthcare professionals, the country was able to tackle the challenge with very mild repercussions,” he said.

“As lauded by United Nations and the World Bank, Pakistan’s response to the pandemic has achieved greater success than other countries in the region because we managed to keep the livelihoods intact and overall socioeconomic situation of the country stable,” he added.

From the macro to micro level, Mr. Akhai shared that at Martin Dow, they were similarly innovative. “The Martin Dow family came together to support its colleagues fully – we worked to strengthen our bonds and let everyone know that we are together during any crisis situation. We knew we had to adjust to the ‘new normal’ in order to move ahead. Quick planning & implementation was key as the organisation coped better than our expectation; a job very well done by our colleagues and our management’s leadership,” he said.

The important thing, Mr. Akhai added, was the fact that while many businesses and companies were cutting back and laying off colleagues, Martin Dow invested in the company and employee welfare.

For Mr. Akhai, it was interesting to see how post Covid-19, despite the geopolitical situation in the region and the country, everything was business as usual. There is growth and continuation – imperative to remember that Pakistan’s market is progressive, resilient, and sustainable.

An example of this is a recent survey by the Overseas Investors Chamber of Commerce and Industry which showed that the investment climate in Pakistan had shown improved for the first time since 2019.

“This signifies the trust that we have in our country. However, it should be noted that the world has been constantly evolving and keeps changing during a crisis in its own unique way. Therefore, it’s imperative for us to strive and work together for a sustainable future for all,” he said.

“So, after two years of the pandemic, where are we today? I can only say that we are settling and learning more with each passing day. Covid-19 demanded us to push our boundaries and venture where we wouldn’t have before. We can say with certainty that the upcoming year is a higher standard of competition: in quality, localization, consolidation, digitization and adaptability,” he added.

The company had been attending the international forum for years. “We were here for the first time in 2013, when the Martin Dow Group was selected as a Global Growth Company – we have been returning here since. We are the only multinational pharmaceutical group from Pakistan presenting at the World Economic Forum and operating beyond borders in France, which leads us to achieve the status of a local multinational in its truest sense,” Mr. Akhai said.

He added that Martin Dow’s relationship with the World Economic Forum has deepened over the years. 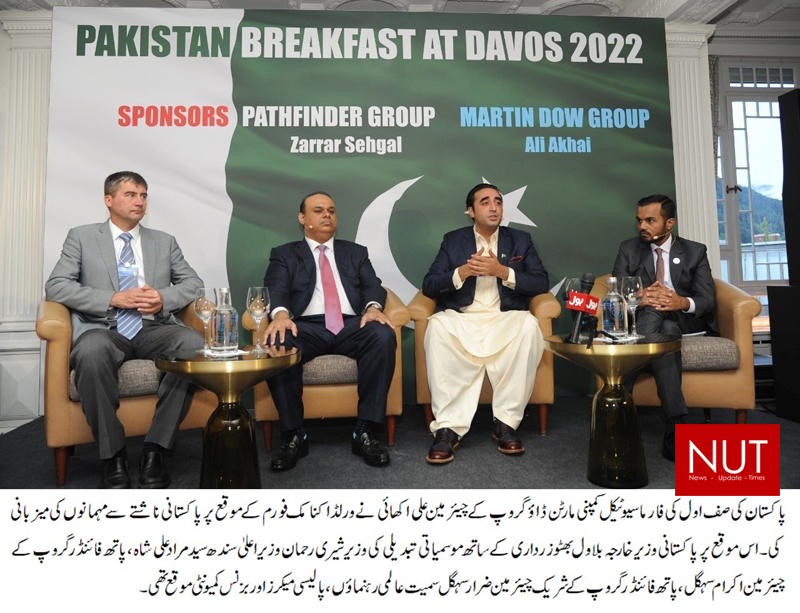