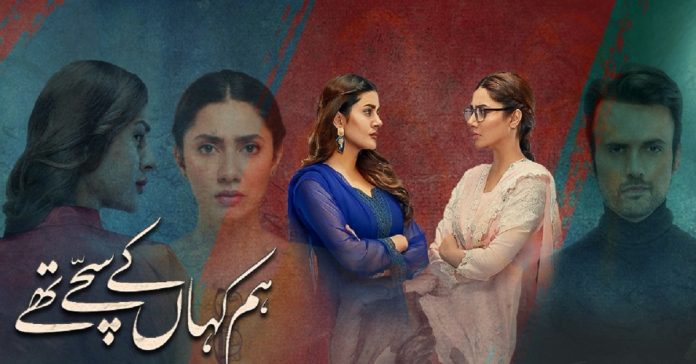 Hum Kahan ke Sachay thay addresses the childhood trauma. Dealing with a sensitive issue at hand and representing characters who have many layers to them, it was essential for the OST of the drama to convey the pain experienced by the characters. The track sung by Yashal Shahid achieves just that as the singer does a phenomenal job with the vocals. The lyrics encapsulate the sense of loss that characters like Mehreen (played by Mahira Khan) feel in the drama, while the Azan Sami’s soft music makes way for the vocalist to fully explore her potential without overwhelming the listeners.

Directed by Farooq Rind, Hum Kahan Ke Sachay Thay opens up with three cousins Mehreen, Aswad, and Mashal in their early teens. Three of them are first cousins and share an unbreakable bond. Mashal, a young pretty girl from the elite household, whereas Mehreen who is also her ‘phuppo ki beti’ is a troubled child after her parents’ break up and her father’s death. Aswad (Usman Mukhtar), a cousin of both – who lives abroad – adores Mehreen and this makes Mashal and her mother Shugufta (Zainab Qayyum) jealous.