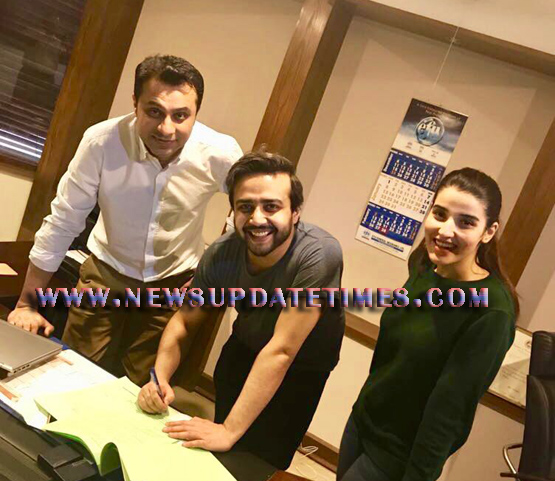 Lahore (Muhammad Yasir) IHA Entertainment has acquired the shares of IRK Films in pursuit of providing Premium content to audiences Internationally and locally.

IRK Films will continue to be the flagship of ‘IHA ENTERTAINMENT’ for productions and to showcase new talent, explore different genres in Films, exciting concepts for TVC’s and Drama Serials as well as opening its second office in the hub of Karachi.

“I am very glad to have Arif Lakhani permanently on board with us, the bond and friendship that we developed during the production of Parchi (2018) is unparalleled for which we have named our holding company IHA as it stands for Imran, Hareem and Arif. Together we will elevate and redefine NEW standards of the cinematic experience in Pakistan

“I have admired Imran’s passion for cinema and his body of work starting with Siyaah, Janaan and most recently Parchi, and by forming “IHA Entertainment ‘we are pairing our resources to enhance our capabilities to deliver.

These are exciting times for Pakistan in the Entertainment world as Content has become the cornerstone of a consumers’ connectivity experience and remains fundamental to the Producer’s business, our new company will leave no stone unturned to bring the former glory of Pakistani films back”, said Arif Lakhani, co-Producer.

“I am very happy to announce the birth of IHA entertainment as the parent company of IRK Films. We will continue to provide a platform for the emerging talent of Pakistan and give a bigger presence to Pakistani content across the world just as our movie ‘ Parchi ‘was the first movie that played in the Kingdom of Saudi Arabia”, said Hareem Farooq, co-Producer.