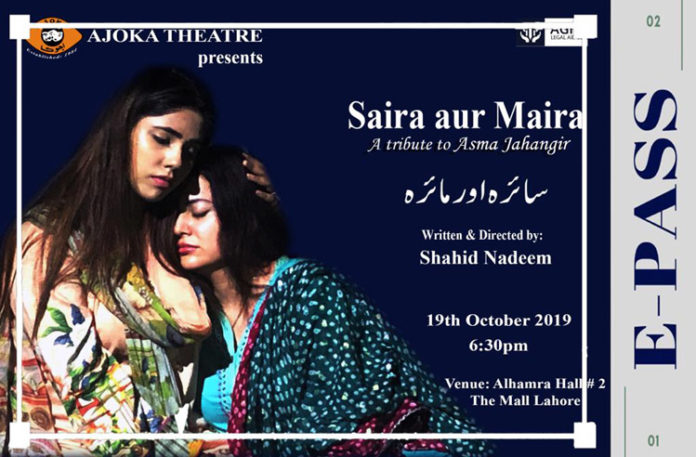 Lahore (Muhammad Yasir) Ajoka is working on its new play which is to premiere on Saturday 19 October at Alhamra, Lahore. Written and directed by Shahid Nadeem, the play is a tribute to the iconic human rights campaigner Asma Jahangir, specially written for the Asma Jahangir conference 2019 in collaboration with legal aid group AGHS.
“Saira aur Maira”, the play is based on true stories of some historic cases handled by Asma Jahangir. Most of the leading actors have been groomed by Ajoka’s acting classes and they will perform in a major play for the first time. 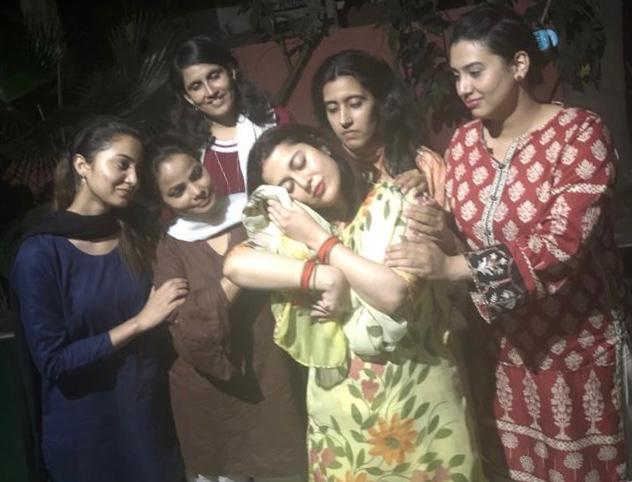 Despite its grim subject, “Saira aur Maira” is a celebration of courage and conviction of the women fighting against unjust patriarchal system. The play will be presented with theatrical embellishment, music, good lighting and the play has a strong social and emotional impact. Striking choreography and heartwarming music are important element of the production.
Shahid Nadeem, while talking about the new production said that Asma Jahangir was a courageous lady and human rights lawyer who always raised her voice for oppressed segments of the society. Ajoka’s play “Saira aur Maira” highlights her struggle as human rights lawyer by unfolding real life stories for which Asma received criticism and appreciation at the same time. Asma received landmark verdicts against honour killings from the court which was a great victory for the human right movement in Pakistan. 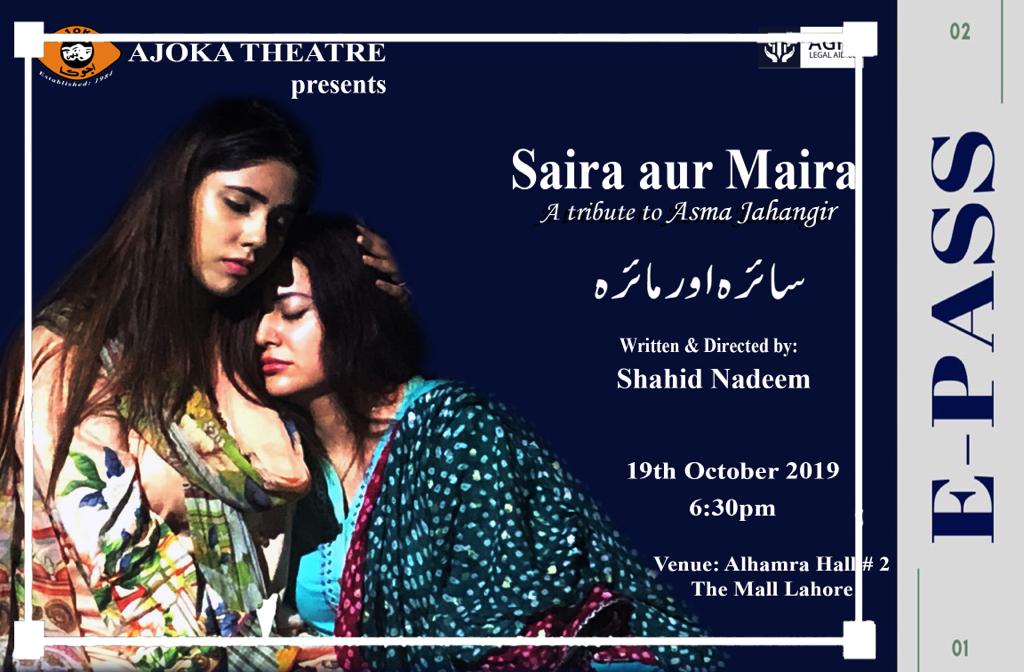 Ajoka festival opens with an Inspiring play on Bhagat Singh