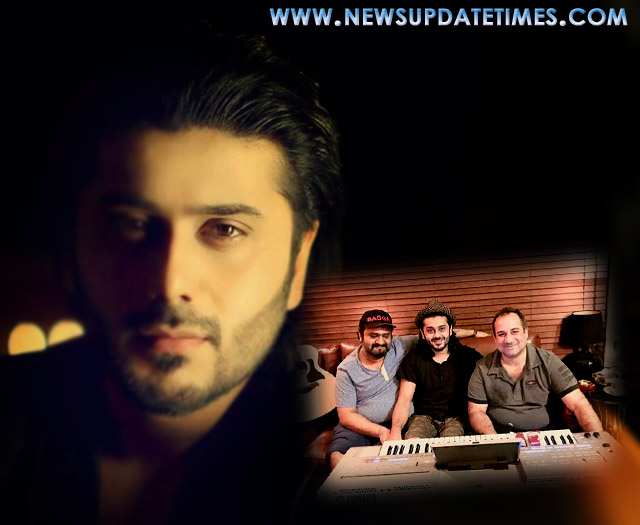 Lahore (Muhammad Yasir)  the soulful vocalist banged with another song “O Jaana” featuring the versatile and enormously celebrated Rahat Fateh Ali Khan. Produced by Sahir Ali Bagga, known for his commendable work and directed by none other than Farhan Saeed who has debuted as a director for O Jaana; the music video popped up on streaming services on Saturday July 21, 2018 from Bollywood which is an achievement itself.

O Jaana’s promo had managed to gather 1 million plus views on YouTube in just 2 days, hence the reason why people have been waiting for the whole song to release. Video films the very gorgeous Iqra Aziz and the singer himself. The song is euphonious to ears and features the melodious Rahat Fateh Ali Khan. “Nai Lagda Tere Bin Dil Mera Sohniya” is sung so beautifully that you eventually want to listen the whole song in one go.

Hamza Malik is not a new name in music industry anymore. He has been showing his charisma in songs like Tere Bina, Meharmaa, Dholna, Aadat and Dastaan. His voice is so magical that all his songs reap massive appreciation from his fans. His music has the propulsive rhythmic feel that leaves the audiences rapt.

The rising star shares his views about the song, “O Jaana is really close to my heart, I have put evangelistic efforts to bring the best out of me because working with a legendary Rahat Fateh Ali Khan is something not usual. I really hope that audience will like this song more than the rest of mine and can see how I am trying to level myself up with every passing day.”

Through his endeavors we can easily predict that Hamza Malik is soon going to be a superstar.

Kinza Razzak to Star in Sports Drama ‘22 Qadam directed by...