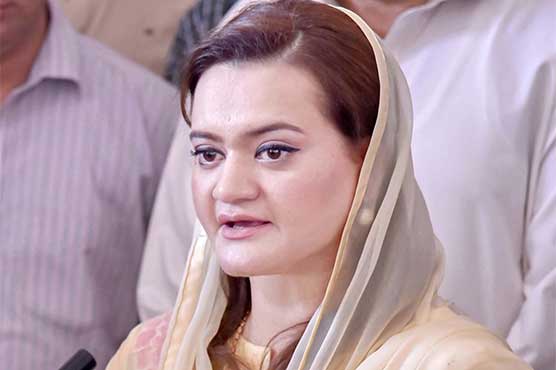 KARACHI (Web Desk) –  Minister of State for Information, Broadcasting and National Heritage Marriyum Aurangzeb on otherday outlined her vision for the revival of the performing arts industry.The two-day initiative in designing the first film policy for Pakistan, was a collective dialogue with accomplished artists and venerated experts sharing their insights and inputs for the policy formulation.At the conclusion of the two-day conference here, the minister said the objective of the film policy is to promote and celebrate the culture and heritage of Pakistan whilst working to restore the glory of an industry and institutions that were once recognised globally for the quality of its productions and content as well as the artists dating back to the 1960’s era.She said that the film industry in addition to being a source of entertainment is a catalyst for preserving and promoting cultural and social values whilst promoting and preserving a feeling of nationhood that also involved a sense of shared destiny.Marriyum Aurangzeb said the Pakistan Muslim League-Nawaz government under the stewardship of Prime Minister Nawaz Sharif has battled the evils of terrorism through the courage and bravery of intrepid military.She also recognized that Pakistan needs to project the image of her true values, culture of peace, beauty and hospitality through the medium of cinema.

The Minister of State assured that the government would incorporate inputs from the artists and other experts associated with the industry while formulating the film policy.Another consultative session in that connection would be held at Lahore, she added.She said that apart from curricula, the main component of the film, production and broadcast policy would cater for provisions creating an enabling environment for the production of quality films as well as the youth would be aligned with their culture through promotion of film industry in line with the cultural heritage of the country.Marriyum Aurnagzeb said the government would also ensure that the film makers could import state-of-the art machinery and other equipment for the production of good quality films in the country as part of film policy.The Minister of State said that PTV Academy could act as an alma mater for people associated with film industry and various training courses could be conducted for producers, directors, technicians and cameramen with a view to enhance their capacity and capabilities.She also expressed her pleasure that people from all fields of the film industry participated in the consultative meeting, having an open and candid discourse of various challenges whilst outlining their practical concerns.She concluded the seminar by expressing her gratitude for the passion and participation of all involved and reinforced the government’s commitment to making the film industry a global icon.