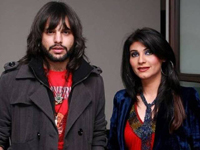 LAHORE: Pakistani singers Nouman Javed and Fariha Pervez finally ended their marriage as they were granted a divorce by the court, based on mutual consent, on Tuesday.

Proceedings were held at a Civil Court in Lahore during which divorce papers were produced as evidence for in front of the court. Fariha Pervez also withdrew her previously filed Khula request from the Civil Court.

The couple had gotten married to each other in 2016 after which their marriage suffered a separation. According to media reports, Nouman Javed attempted suicide but managed to survive.

However, Nouman denied reports that he had attempted suicide due to his disputes with Fariha Pervez. Nouman Javed has already gotten married to actress Jana Malik, whom he met after he separated from his ex-wife Fariha Pervez.