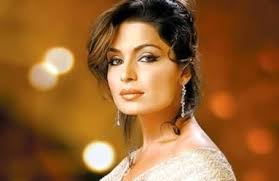 LAHORE: Pakistani film actress Meera denied rumours that she had kicked out her mother from her home, stating that there was no truth to the rumours.

The actress has made headlines in the past as well for controversies and her inability to converse fluently in English.

Director Adnan Qazi is ready to spread the essence of his...

Bonanza Satrangi Welcomes Summer with their Summer Collection Volume I