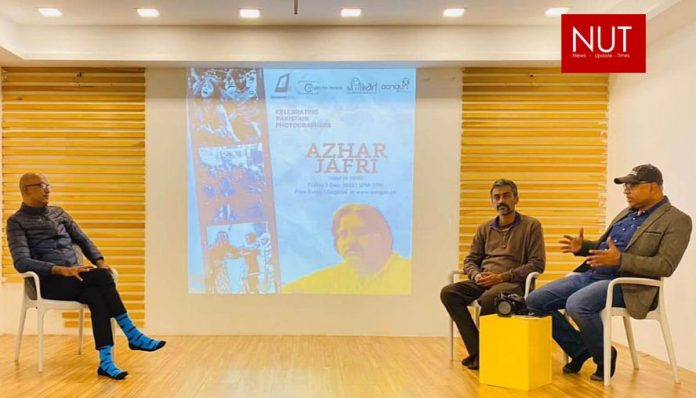 2nd December 2022 To present the befitting tribute to extra ordinary services and contribution of Ace photographers of Pakistan, Aangun has launched an exclusive series entitled “Celebrating Pakistani Photographers”. Held at Aangun, Model Town Lahore in collaboration with Tasweerghar , Camera for people and The Little Art, the series focused on bringing together a community and sharing works of proclaimed photographers from Pakistan. The first program of the series was dedicated to celebrated Photo journalist Azhar Jafri (late). Azhar Jafri, leading photojournalist of Pakistan took many memorable pictures during an eventful career which spanned almost four decades. Some of the pictures took by Azhar Jafri during his professional life became the reference of socio-political history of Pakistan. Jafri joined Musawaat newspaper in 1972 and then went on to work for The Muslim before joining Dawn in 1983. One of his most compelling images was that of Late Nusrat Bhutto, whom he captured, covered in blood, during a police baton-charge of PPP protesters in Gen Zia ul Haq’s time and activist Bushra Aitzaz protesting the Law of Evidence in Lahore, 1983. His personal definition of a photograph was that it must be as unique as a fingerprint itself. During the program, some of the most memorable pictures were played on the projector. Umair Ghani host of the evening discussed the passion and dedication of Azhar Jafri for his work. The speakers including Aun Jafri, Azhar Jafri’s son , Mustafa Nazir Ahmad and others friends remembered his illustrious career, exemplary service to the profession, for which he was awarded Sitara-i-Imtiaz by the Govt. of Pakistan.

The event was attended by a large numbers of professional and amateur photographers and Azhar Jafri’s colleagues who all paid their rich tributes to the legendary photojournalist. All the speakers acknowledged the remarkable services of legend photographer and opined that young photojournalists should follow his great legacy. At the end of the program Shoaib Iqbal from The Little Art, thanked the participants and collaborating partners. He vowed that Aangun will continue to host such more memorable programs dedicated to promotion of Arts, Culture and other related disciplines of performing Arts. Aangun is a space in the heart of the city that aspires to host various events in arts and culture, and open for collaborations with like minded organisations and individuals. You can reach out to us if you have any ideas for the events and showcases, Shoaib concluded. 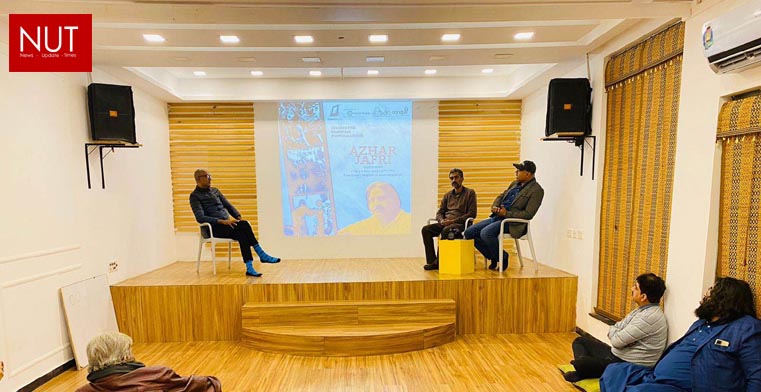 IMGC is committed to revive the local film business circuit with...

Ali Rehman Khan starts shooting for his next film