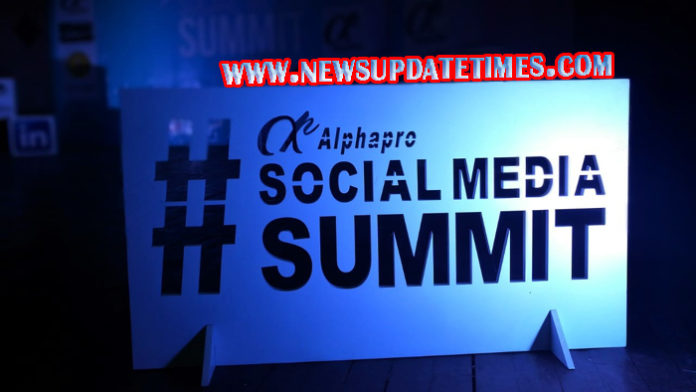 Islamabad (Muhammad Yasir) – Ace digital entity AlphaPro came together with Sada-e-Himalaya and Pakistan Federal Union of Columnists (PFUC) to organise GB Social Media Summit with an aim to highlight the growing importance of the social media in the promotion of tourism.

Held at Rawalpindi Arts Council, Rawalpindi, the event was marked with the active participation of representatives from different cross sections of the society including journalists, IT experts, government officials and executives of various organizations.

Speaking on the accession, Adeel Ayub, MD AlphaPro, highlighted the role of tourism and how it has improved economies for various countries like Malaysia which is purely based on tourism. “Even a highly conservative state like Saudi Arabia stepped has moved to open its doors for tourism,” he said.

Pakistan has great potential not just in terms of tourism but for Religion based tourism also due to many religiously important places for Hindu, Sikh and Buddhists.
Gilgit Baltistan is culturally and naturally very rich and no step has been taken until now to promote it on the platform of social media, he added. This is the initial step which will be followed by serious of such activities to promote GB. This has been very useful in spreading the word about the cultural richness of Gilgit Baltistan, efforts in future as well to match the narrative of Mr. Prime Minister to promote tourism in Pakistan to help the economy grow in a positive way. The summit has helped promote the culture of GB. 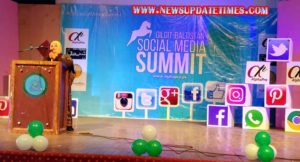 The conduct of GB Social Media event has received appreciation by international travel blogger Ms Aylee who is currently in Pakistan and was present at the summit. She is completely in love with the natural gifts nature has given to the land of Gilgit Baltistan. The mountains, lakes and rivers have given her lifetime experience and she has closely observed the people of Gilgit Baltistan and the fact that they are struggling to survive in such beautiful yet challenging environment.

Spokesperson Gilgit Baltistan Government Rasheed Arshad has praised organisers for the successful event, and also said that this is very good step that digital media company AlphaPro has taken the step to promote tourism through social media, this will really help to promote tourism in Pakistan and encourage provinces like Gilgit Baltistan to get more recognition worldwide.

The land of Gilgit Baltistan has been lacking attention but for the first time AlphaPro has taken this very required step to use the platform of social media and give Gilgit Baltistan the much deserved prestige. 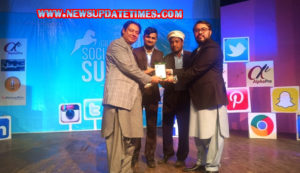