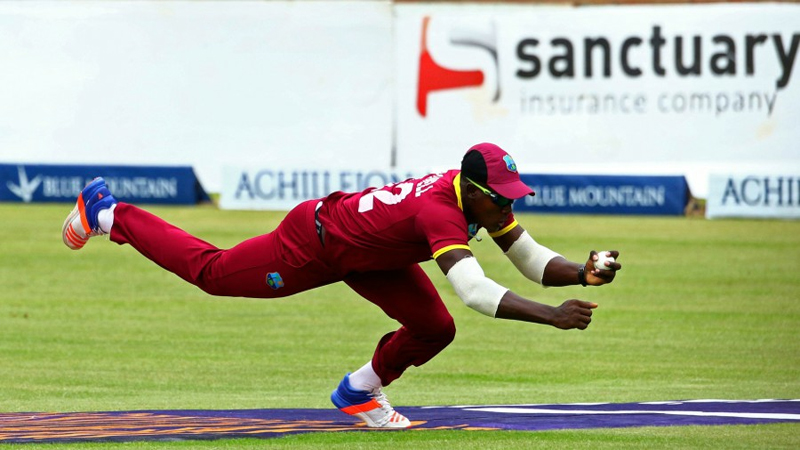 WEB DESK: Zimbabwe seamer Donald Tiripano bowled a superb final over to help his side earn a dramatic tie in their Tri-Series one-day international against West Indies in Bulawayo on Saturday. The visitors lost three wickets, including two run outs, in a desperate last five balls as Tiripano gave them nothing to hit with a succession of full deliveries that restricted the West Indies to 257 for eight. Captain Jason Holder had the chance to win the game off the final ball but could not make contact and wicketkeeper Peter Moor ran out a charging non-striker Jonathan Carter. Zimbabwe celebrated as if they had won the game and well they might after the visitors had seemed sure of victory.

West Indies batsman Shai Hope hit 101 from 120 balls, his maiden ODI ton in his second match, and added 162 for the third wicket with Kraigg Brathwaite (78). When he was dismissed West Indies needed 38 runs from 32 balls with seven wickets remaining, but they could not get over the line due to tight bowling and poor shot selection. Zimbabwe won the toss and made 257 all out in exactly 50 overs.

Their innings was built around the third-wicket stand of 144 between Craig Ervine (92) and Pakistan-born Sikandar Raza (77), but petered out as they managed only 67 runs from their final seven wickets in 11.2 overs. With all three sides having played two matches, West Indies head the Tri-Series table with seven points from Sri Lanka (five) and Zimbabwe (two). Zimbabwe will be back in action on Monday against Sri Lanka at the same venue.

Shaheen Shah Afridi becomes pacer with most Test wickets in 2021