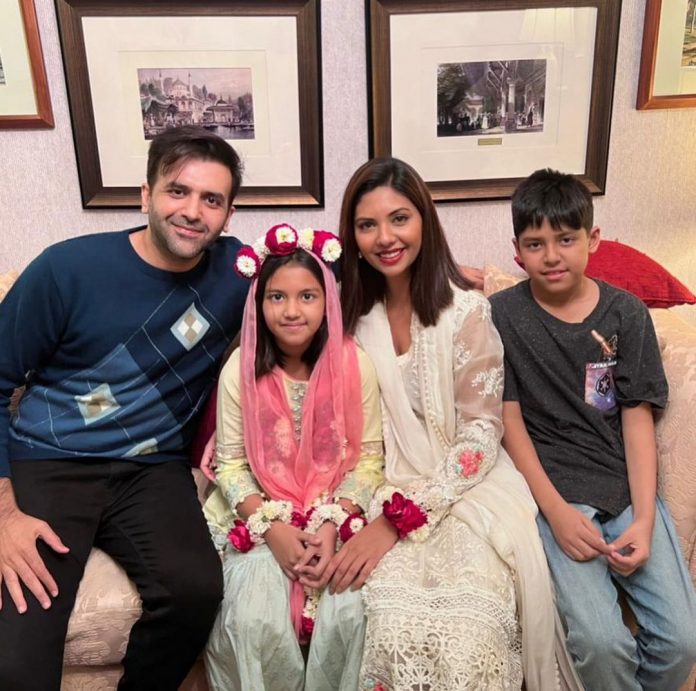 Popular Pakistani Model and actress, Sunita Marshall has shared a picture and video from her daughter Zaynah’s ‘Ameen’ ceremony.

Proud parents, Hasan and Sunita, had an ‘Ameen’ ceremony at their place as their daughter Zaynah has completed her Quran.

‘Aulaad’ actor shared a family picture from the day and was seen with her husband and both kids. In a video that Marshall shared in the same post, Zaynah can be seen reciting Holy Quran with her grandmother.

Fans have left numerous likes and comments on the post. While the fans are showering the little girl with prayers, they have also praised the actor, for the way she is raising her children.

Later, her husband, actor Hasan Ahmed, also shared a picture collage from Zaynah’s ‘Ameen’ ceremony, with the family. He thanked Sunita and his mother in the caption, and wrote, “Thank you Ammi for imparting my children with proper religious education right from the beginning and thank you Sunita for supporting and contributing beautifully”.

Many celebrities and industry pals including Zhalay Sarhadi, Uroosa Siddiqui, Ayeza Khan, and supermodel Mehreen Syed among others, responded to Sunita’s post to share their good wishes for Zaynah and her parents.