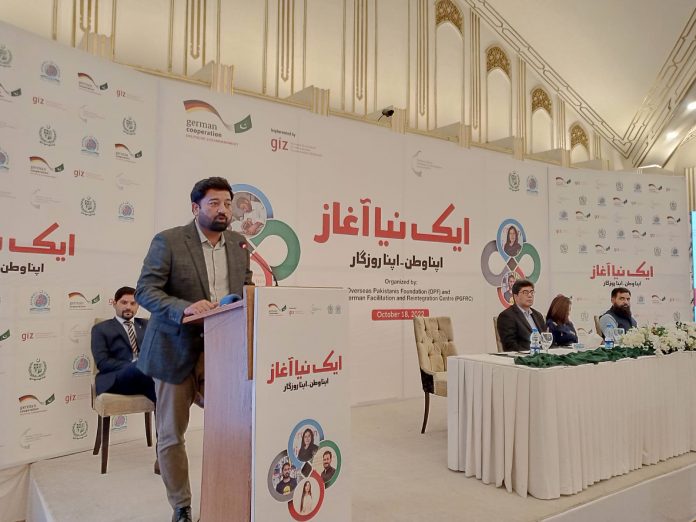 Islamabad (Muhammad Yasir)  For smooth integration and economic empowerment of returning migrants, Overseas Pakistanis Foundation (OPF) organized a ceremony where returning migrants were presented toolkits in the trades of electrician, plumber, carpenter, motor cycle mechanic and mason as an In-Kind support to help them start sustained self-employment. The activity is part of OPF efforts to support returning migrants to make a new start in Pakistan and achieve a sustainable employment. OPF is implementing a program on economic reintegration of returnees in collaboration with Deutsche Gesellschaft für Internationale Zusammenarbeit (GIZ) in Pakistan. It is commissioned by the Federal Ministry for Economic Cooperation & Development Germany, (BMZ) and is part of BMZ support for voluntary return & sustainable reintegration.

A Pakistani-German Facilitation & Reintegration Centre (PGFRC) has been established in OPF premises, Lahore with an advisory desk in OPF head office Islamabad. PGFRC is supporting and assisting returning migrants and the local population to have a sustainable source of income.

The ceremony was attended by the Chief Guest, Syed Mustafa Haider, Director welfare OPF, trade specific toolkits were handed over to 80 returning migrants as an In-Kind Support. These migrants have also completed a comprehensive business development training from PGFRC.

Syed Mustafa Haider, Director welfare OPF said that today’s ceremony is a testament to the commitment of Government of Pakistan which considers overseas Pakistanis as its roaming ambassadors abroad and is actively engaged in resolving their reintegration issues in Pakistan. Ministry of OP&HRD, through OPF is working in a focused manner on this issue.

Dr. Mansoor Zaib Khan, Head of PGFRC is informed that PGFRC is open to all Pakistani’s and all our services are free of charge. PGFRC is providing advice on training and skills development, technical and vocational training, advice on job market trends and opportunities, advice on finding a job in Pakistan, entrepreneurship and start-up support, psychosocial support, and information on the health system in Pakistan, information on living conditions and advice on getting microfinance and loans. He mentioned that more than 800 returning migrants in the trades of electrician, plumber, carpenter, and mason will benefit from this capacity building leading to In-Kind support intervention.

Several Pakistanis migrate abroad to work, but at some point, in their lives, they return to Pakistan and struggle to re-establish themselves and make a respectable living. Furthermore, the COVID19 pandemic impacted Pakistanis living in other countries, resulting in huge layoffs and the return and repatriation of tens of thousands of migrants from their intended destinations. When they returned, these migrants are very concerned about their job prospects. In these trying times, the PGFRC is a ray of hope. 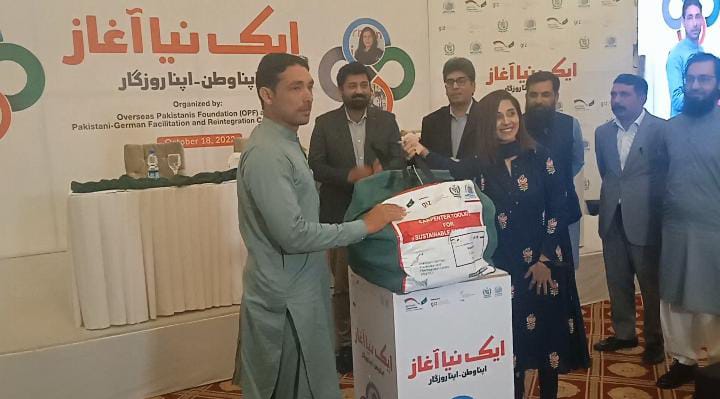