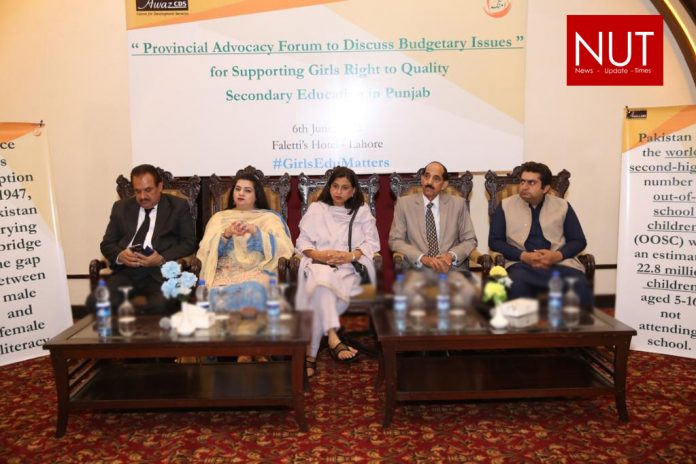 Lahore (Muhammad Yasir) Highlighting the significance of girls education towards nation building, stakeholders at an advocacy forum have called for allocating a substantial chunk of annual budget for girls quality education particularly at secondary level in Punjab as it would contribute a lot towards ensuring educated women population, a guarantee to economic and social stability.

The advocacy forum was arranged by the Awaz CDS Pakistan here with a major focus to highlight the importance of girls quality education at secondary level, get input from experts and stakeholders, and push the government to increase budgetary chunk in the upcoming provincial annual budget for this important sector.

In his opening remarks, Zia ur Rahman highlighted the significance of girls quality secondary education and explained the grey areas in the way of girls education in Punjab.

He urged the Punjab government to immediately notify the Punjab Free and Compulsory Education Act 2014 which was approved earlier. He stressed for increasing development budgets in school education as developments budgets are only being distributed to PEF and PEIMA rather development budgets needs to be utilized for the development of public schools especially for girls, where missing facilities and accessibility is still a major challenge. He also called for mainstreaming the people living with disability and transgender community to make education accessible for them.

During the discussion, Punjab MPAs Rahila Khadim and Ayesha Iqbal assured that efforts would be made to get this education Act notified without any delay as education is priority of all political parties.

Ayesha Iqbal suggested to take all PEIMA and PEF schools under one umbrella to minimize the expenses on bureaucracy and other unnecessary expenditures. It will also help in making systems accountable, she rearked.

In her remarks, MPA Raheela Khadam Hussain endorsed the girls education is not getting the level of seriousness required to ensure quality education for girls in the province.
In his remarks, Mian Umer Hayat said that their department is constantly working on this sector and said that they would make extensive efforts to sensitize more and more people on girls education in order to minimize girls schools drop out ratio.

Giving her input on the issue, Marium Amjad Khan, Campaign Manager-Awaz CDS-Pakistan, pointed out hindrances towards girls education particularly gender disparity, lack of accessibility, low budget, teachers improper training. She emphasized the need for putting extra efforts in education sector from allocations to spending especially in the post-Covid situation where the number of OOSC has already been exacerbated.

NCHR Punjab Coordinator Muhammad Khalid also shared his concern over this much delay in the notification of Act. He further committed to spread awareness among communities regarding this Act as awareness raising is one of their key mandates to support communities.

A panel discussion was also held which was joined by representatives of NGOs, media, teachers, head mistresses, members of Schools Council and lawyers. They highlighted the girls education as a grey sector which is affecting the national progress. They emphasized for immediate focus on the part of both public as well as private sectors so that girls quality education is ensured for socio-economic . 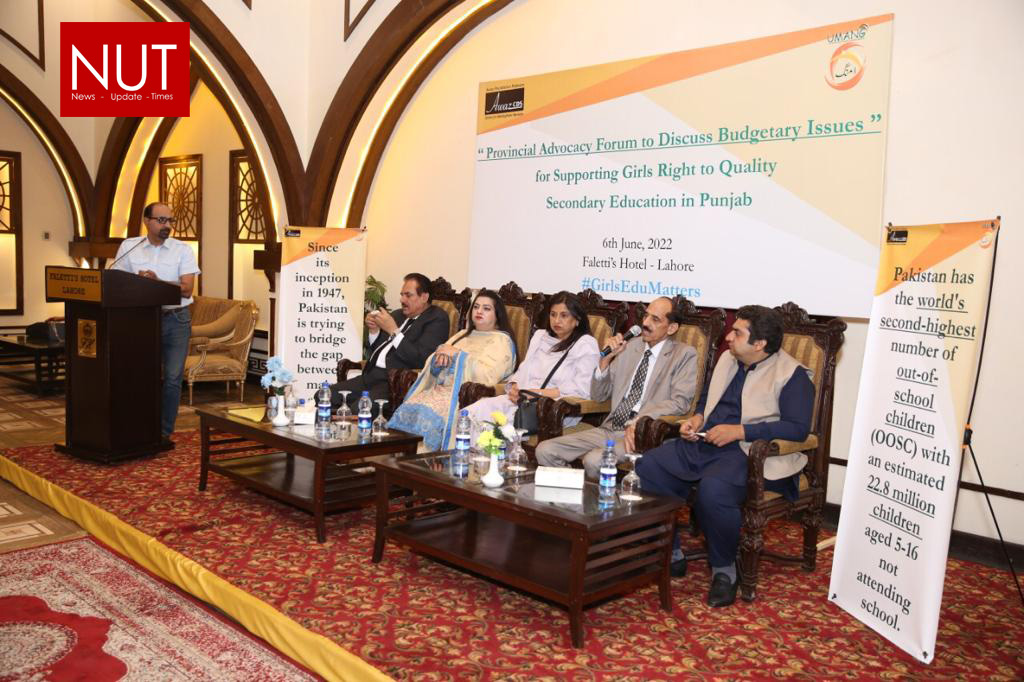