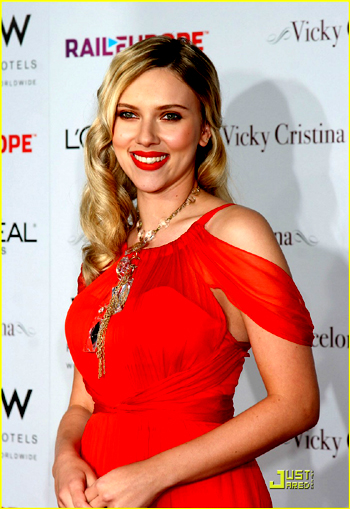 INDEPENDENT-NEW YORK-Scarlett Johansson has ruthlessly mocked Ivanka Trump on Saturday Night Live. The actor, who rose to fame for her roles in Girl with a Pearl Earring and Lost in Translation, appeared in a faux perfume advert cuttlingly titled “complicit”.Turning heads as she strolled through a glamorous black-tie event, a voiceover introduces the first daughter, saying: “she’s beautiful, she’s powerful, she’s complicit”.

“She’s a woman who knows what she wants, and knows what she’s doing,” the advert continues as Johansson’s Ivanka poses for the camera.

It then takes aim at Ms Trump’s feminist credentials and notes the President’s slew of controversies could potentially impact his daughter’s career. “A feminist. A champion. An advocate for women. Like…how?” it asks.

This is, of course, a reference to the Republican’s leaked tape from 2005 which surfaced last year in which Mr Trump could be heard bragging about groping and making unwanted advances on women. The billionaire boasted that he was such a “star” he can grab women “by the pussy”. The fake advert then concludes with the mantra: “The fragrance for the woman who could stop all this, but won’t.”

Unlike Mr Trump who is famed for his inflammatory and off-the-cuff remarks, the president’s third child, who is said to be his “favourite”, is far more PR-friendly. She was regularly wheeled in during the campaign to make her father more attractive to female voters. Ms Trump, who is a former executive of the Trump Organisation, has been accused of failing to stand up to her father or hold him to account for his divisive policies or rhetoric.

The first daughter recently came under fire for sharing a photo of her “date night” with her husband Jared Kushner in the immediate aftermath of the President’s hard-line immigration ban.

She drew heavy criticism for sharing the posed photo of herself and Mr Kushner, a property developer who is a senior Trump aide, while humanitarian chaos swept across airports around the world, with people accusing her of “extreme insensitivity” and labelled the photo “wildly offensive”, “inappropriate” and “tone deaf”.

Bilal Abbas Khan has just joined The Furor Club as their...

Shoaib Malik and Ayesha Omar are on fire with in their...