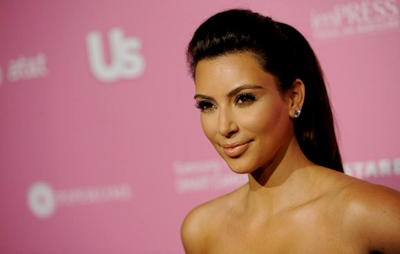 LOS ANGELES-In an upcoming episode of ‘Keeping Up With The Kardashians’, Kim Kardashian finally opens up about her terrifying ordeal at the hands of five robbers who broke into her apartment and threatened her with a gun during Paris Fashion Week in October 2016.

The reality star suffered the most horrific ordeal of her life when a group of armed burglars forced their way into the apartment she was staying at in France five months ago, tied her up and brandished a gun at her while demanding money and making off with $10 million worth of jewellery.

For some weeks after the incident, Kim took a break from social media and the spotlight in general to re-evaluate her life and security.

In a new clip from ‘Keeping Up With The Kardashians’, the make-up free beauty can be seen looking extremely tearful as she talks about the incident with her concerned sisters Kourtney and Khloe Kardashian.

‘They asked for money. I said, ‘I don’t have any money’’, she explains. ‘They dragged me out to the hallway on top of the stairs. That’s when I saw the gun, like clear as day. I was kind of looking at the gun, looking down back at the stairs and I was like, ‘I have a split second in my mind to make this quick decision’.’

According to Kim, she contemplated escape but realised that there was ultimately nothing she could do to get away from the situation. ‘Am I gonna run down the stairs and, like, either be shot in the back… It makes me so upset to think about it but, like, either they’re gonna shoot me in the back or if I make it and they don’t, if the elevator does not open in time or the stairs are locked, then like I’m f***ed. There’s no way out.’

Nadia Jamil is enroute Hunza to Journey to Wellness via Motorbike