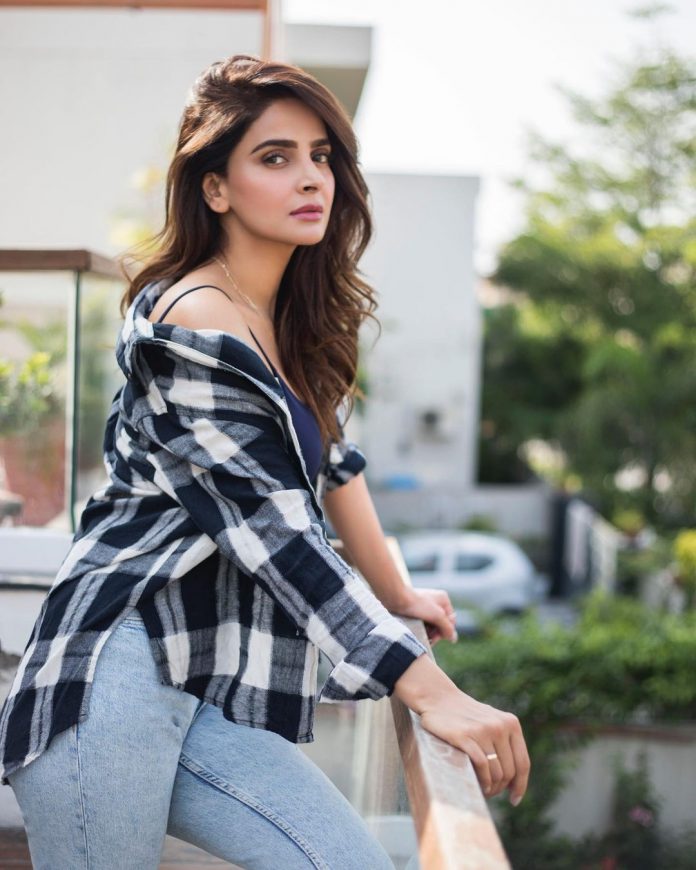 Saba Qamar will soon be seen sharing the screen with her favourite co-star after a long time.

Saba Qamar has a number of projects slated for release this year. She will be playing the lead in the film Ghabrana Nahi Hai, web series Naina ki Sharafat, and drama serial Fraud, which will star Mikaal Zulfiqar and Ahsan Khan. She will play a police officer in Umer Ahmed’s Serial Killer, but it is yet not confirmed whether it will be a drama or a film.

On Monday, Ahsan Khan shared a video of him with Saba from the set of their upcoming project and gave their fans an insight into their collaborations over the years.

“Finally my favourite, one and only,” Ahsan says in the video.

“And he’s my favourite,” Saba responds. “There’s no room for doubt.”

Saba and Ahsan then start talking about their previous projects, including Daastan that brought them together on the screen for the first time in 2010. Daastaan was followed by Paani Jaisa Pyar in 2011. The pair then appeared in a film for ZEE5 titled Moomal Rano in 2017.