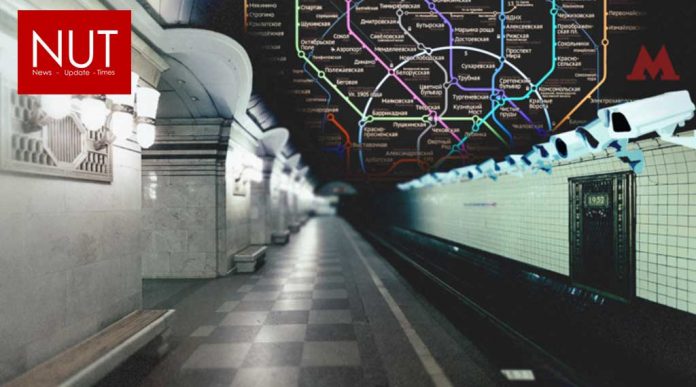 MOSCOW: From cameras criss-crossing the city to payment systems popping up at metro gates and supermarket checkouts, facial recognition is rapidly taking root in Moscow.

The initiative has gained ground since the start of the coronavirus pandemic, with authorities using it as a tool to enforce lockdown measures while Russians increasingly turn to contactless payments.

But as the network grows with plans to expand across Russia, the technology is celebrated by some while alarming rights activists who warn about creeping state surveillance.

The latest development came Wednesday, as the country´s leading food retailer X5 group announced the rollout of a facial recognition payment system at dozens of its Moscow supermarkets. It said some 3,000 stores across the country will feature the technology by the end of the year.

“This is convenient for customers since they don´t have to carry a wallet or take their phone out of their pocket,” X5´s innovation director Ivan Melnik said.

“They can just use a button and pay with their face.” X5, which developed the technology along with the Visa payment system and Russia´s state giant Sberbank, promises that the system will protect user privacy, saying that it is secure against identity theft and transactions are encrypted.

Some Muscovites welcomed the digital revolution.

“It´s great because the 21st century is the era of technology,” 28-year-old banker Andrei Epifanov told media at a Moscow supermarket.

Visa said Wednesday its research showed that 70 percent of Russians plan to use the payment system, with the pandemic triggering increased demand for contactless transactions.

The service will only be available at self-service checkouts for Sberbank customers after the bank recently allowed its users to set up facial recognition so as to pay from their accounts.

Beyond supermarkets, Muscovites will now also be able to use facial recognition technology to pay for metro rides, the Interfax news agency reported earlier this month.

To use the “Face Pay” system, metro riders must have a bank account that has their biometric data on file, metro security service head Andrei Kichigin told Interfax. The collection of Russians´ biometric data is an initiative that authorities are working to expand, frustrated over slow progress since its launch in 2018, the Kommersant business daily reported Wednesday.

It said authorities are hoping to increase the number of people who have signed over their biometric data from the current total of 164,000 to 70 million over the next two years.

“Without the delivery of biometrics, some public services may become inaccessible remotely,” a source close to the digital development ministry´s plans told Kommersant.

The increasing collection of biometric data and a sprawling network of some 100,000 facial recognition cameras in Moscow has sparked concerns from activists over state surveillance.

The worries began in particular when at the start of the pandemic Moscow used the surveillance cameras to monitor compliance with lockdown measures.

LG Presents the Future of Smart Kitchens at CES 2019