When Elon Musk’s Tesla became the biggest name to reveal it had added bitcoin to its coffers last month, many pundits were swift to call a corporate rush towards the booming cryptocurrency.

Yet there’s unlikely to be a concerted crypto charge any time soon, say many finance executives and accountants loath to risk balance sheets and reputations on a highly volatile and unpredictable asset that confounds convention.

“When I did my treasury exams, the thing we were told as number one objective is to guarantee security and liquidity of the balance sheet,” said Graham Robinson, a partner in international tax and treasury at PwC and adviser to the UK’s Association for Corporate Treasurers.

“That is the fundamental problem with bitcoin, if those are the objectives for treasurers, then breaking them could get them in trouble.”

Proponents of the cryptocurrency see it as a hedge against inflation at a time of unprecedented government stimulus, a falling dollar and record-low interest rates that make attractive high-yielding assets hard to find.

While the moves have prompted more boardroom discussions though, headaches from bitcoin’s volatility to accounting for it and storing it are likely to preclude a big wave of companies holding large amounts on balance sheets in the short term, according to over a dozen financial officers, board members and accountants interviewed by media.

“It will take more than a small handful of disruptive companies investing in bitcoin to impact the narrative in boardrooms,” said Raul Fernandez, an entrepreneur and investor who sits on the audit committee of the board of chipmaker Broadcom Inc as well as other companies. 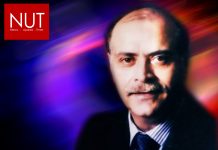