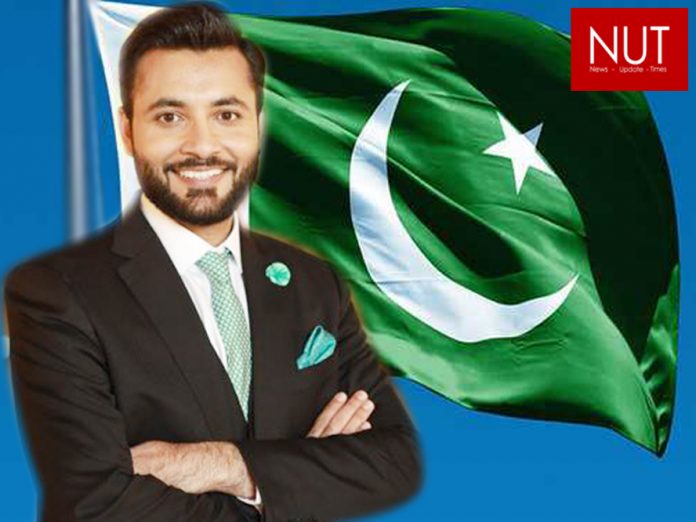 Reacting to a statement of PPP Chairman Bilawal Zardari, the minister said PM Imran Khan had steered the country out of a debt-ridden economy and transformed it into an export and production-oriented economy on strong footing.

He said today Bilawal and Zardari were recognized for their corrupt practices, fake accounts and money laundering.

Farrukh said the Sindh government’s Rs 700 billion projects, which were to be executed during the current fiscal year, could not be spotted on the ground. “Perhaps these schemes are being carried out on some other planet.”

He was of the view that the Sindh government should stop getting credit for the projects launched by donor organizations including World Bank and Asian Development Bank.

He said Sindh was the only province where poverty and spread of deadly diseases were on the rise, terming a report appearing in the New York Times about rising cases of AIDS in Larkana, a matter of ‘embarrassment’ for the country.

He said when Bilawal was asked to take necessary measures for getting rid of stray dogs and locusts in the province, he [Bilawal] gave practical demonstration by buying new luxury cars.

The minister said the Sindh government was against the introduction of the Sehat Insaf Cards in the province as it would end its corruption and manipulation in the health sector.

Farrukh said 35 percent of the budget of the Sindh province was allocated for health and education sectors, but ambulances and education facilities were being provided by non-governmental organizations.

He said jobs were being sold in Sindh on fake domiciles and residential certificates in connivance with the provincial government.

“There are 190,000 government employees in Karachi alone but not even 15 % of them are locals from Karachi,” he added.

He said the Pakistan Peoples Party (PPP) was in power for the third time consecutively in the province but remained unable to set up any emergency service there.

He regretted that the mortality rate among 5-year children had reached 50 percent in the province due to the stunted growth.

Before PPP’s entry into politics, he said there was no word of ‘corruption’ in the dictionary of the Pakistani people, declaring it a ‘world champion’ in corruption.

He said the corrupt practices of PPP had damaged the country’s reputation at international level, asking Bilawal to name that who was known as Bambino Cinema’s ticket black-marketer and Mr 10 percent.

The minister said giving lectures on economy did not suit those who remained indulged in corruption and damaged the national economy throughout their life.

Due to prudent policies introduced by the Pakistan Tehreek-i-Insaf (PTI) government, he said, the national economy had achieved significant progress as the GDP growth was improving gradually.

Besides, the record remittances of $24 billion poured in, and there was an increase of $ 2.5 billion in Euro Bonds and 9 percent in the Large Scale Manufacturing.