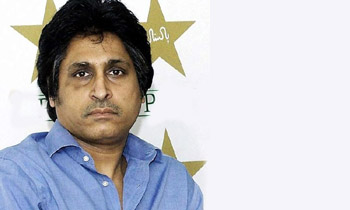 LAHORE –  Commentator and former cricketer Ramiz Raja has announced he is venturing into film-making.

Ramiz addressed media today about his movie that it will explore the topic of eliminating terrorism through cricket.

The commentator said he has already cast renowned Bollywood actor Sanjay Dutt for the movie, but the lead female actor is yet to be announced.

Ramiz expressed hope to include Mahira Khan and Katrina Kaif in his movie.

“Actresses like Mahira Khan and Katrina Kaif have immense talent, it is my wish to cast them in the movie,” he said, adding that it is still a suspense who will be the heroine in his movie.

The movie will have action, suspense and spice, he added.

Khaadi moves to an iconic store in Mirpur, Azad Kashmir

Islamabad to set up women-only market