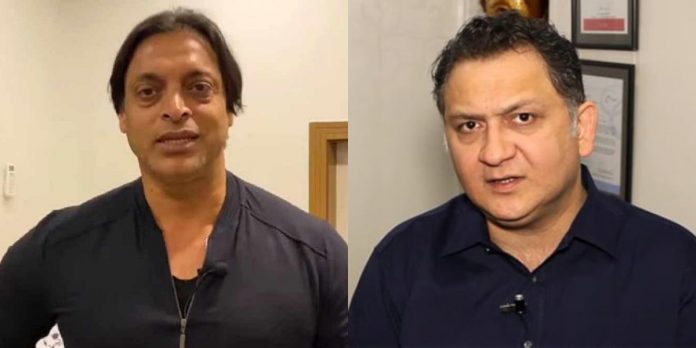 According to a statement issued by the PTV, “neither Akhtar nor Dr Nauman will not be allowed to appear in any programme on PTV,” until the completion of the inquiry into the matter. 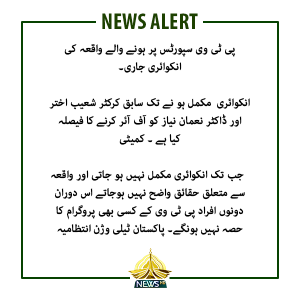 Sources had earlier told that the decision was taken upon the recommendation of an inquiry committee formed by the PTV to investigate the episode.

The recommendation was presented during a meeting of the inquiry committee in which the managing director of the state broadcaster, along with other higher-ups, was present.

During the meeting, the unpleasant episode that occurred between legendary bowler Shoaib Akhtar and Niaz was thoroughly discussed and a report prepared in this regard was also reviewed, sources said.

The inquiry committee said that it had interviewed Niaz regarding the spat after which it forwarded the recommendation of taking Niaz off-air. Meanwhile, the inquiry committee had also summoned Shoaib Akhtar to appear before it, but Akhtar refused, saying that the committee should review the videos instead of asking him to appear it.

It should be recalled that on Tuesday, Akhtar and Niaz were embroiled in a spat during the PTV Sports show “Game on Hai”.

The two were discussing Pakistan’s victory over New Zealand when tensions between Niaz, the host of the show, and Shoaib Akhtar, one of the many decorated panellists on the show, escalated.

PM against Kabul`s military takeover by any Afghan group