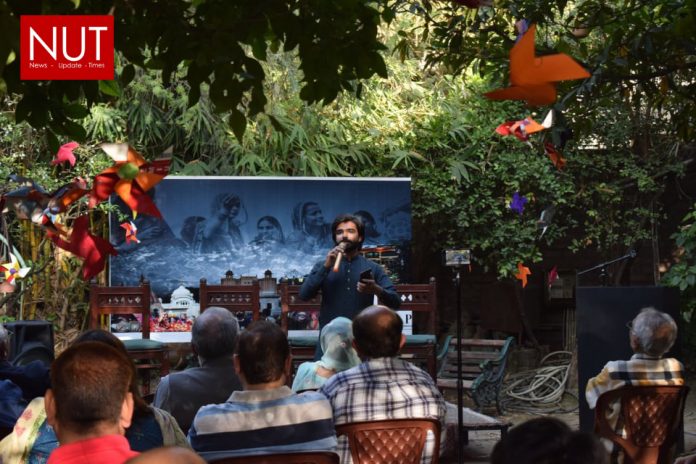 Lahore (NUT DESK) The 2nd day of the THAAP Seminar on Punjab Culture: Heritage Conservation and Tourism is held at THAAP on 13th March in Lahore. The second day of the event is dedicated to the Cultural performances. Thaap spread the beautiful colors of Punjabi Culture with enriched folk tunes of the traditional music and cultural poetry in its last session of Punjab Culture seminar here at Thaap Secreteriat Gulberg Lahore. The two day seminar entitled “Punjab Culture: Heritage, Conversation and Tourism” depicted the true essence of Punjab Culture. During two days proceedings, archaelogist, scholars including Mr. Maqsood Ahmad Malik director archaelogy, Prof.

(R) Sajida Hiader Vandal CEO THAAP and Mr. Najam us Saqib director (WCLA) briefed the participants by highlighted their significant work of heritage conversation in thought provoking sessions whereas theatre, music and poetry performances of young and brilliant artists received out standing response from the audiences. While talking to the participants, Prof. (R) Pervaiz Vandal, the managing director of the Thaap revealed that Thaap have commenced the celebrations of Punjab Culture day, one day earlier as 1st of Cheet (first month of Punjabi calendar) is starting from Monday.

He said that message of Thaap seminar was promotion of peace, love and heritage conversation and Thaap will continue its mission with more passion, patronage of culture and organizing the colorful programs in future also. Ar Mehreen Mustafa, Secretary to THAAP briefly introduced the origin, vision, objective and mission of THAAP. She said that THAAP Group of companies has earned a unique place as one of the most respected organizations working in the field of culture, art, and architecture, offering its expertise in projects, research, and development.

THAAP Heritage, THAAP Conferences, THAAP MA Boli Center, THAAP Craft, THAAP publications are five independent organizations / sub-sets of the THAAP Group. Prof. Pervaiz Vandal, the Managing Director of THAAP, welcomed the guests and explained why THAAP was established with the purpose of exploring, strengthening, and extending the rich cultural expressions in art and architecture as well as promoting the historical understanding of the region Punjab and Pakistan.

Protection and promotion of the tangible and intangible cultural heritage and diversity informed through a historic consciousness and its link to identity, social cohesion, development, and rights, forms the core of THAAP Group’s mission. Syed Saleh Hassan, a student of Architecture, was called to the stage, hailing from Khariyan, mesmerized the audience with his spectacular recitation of the selected verses of the Kalam of Sultan Bahu followed by its narration by Miss Iza Khan which was succeeded by the repertoire that comprehensively delineates the programs that took place on the 2 Day Thaap Seminar. Miss Iza Khan then called on stage, Shehroz Hameed, a student of Architecture, hailing from Manawala, charmed the audience with his breath taking performance of the Kalam of Main Muhammad Baksh. 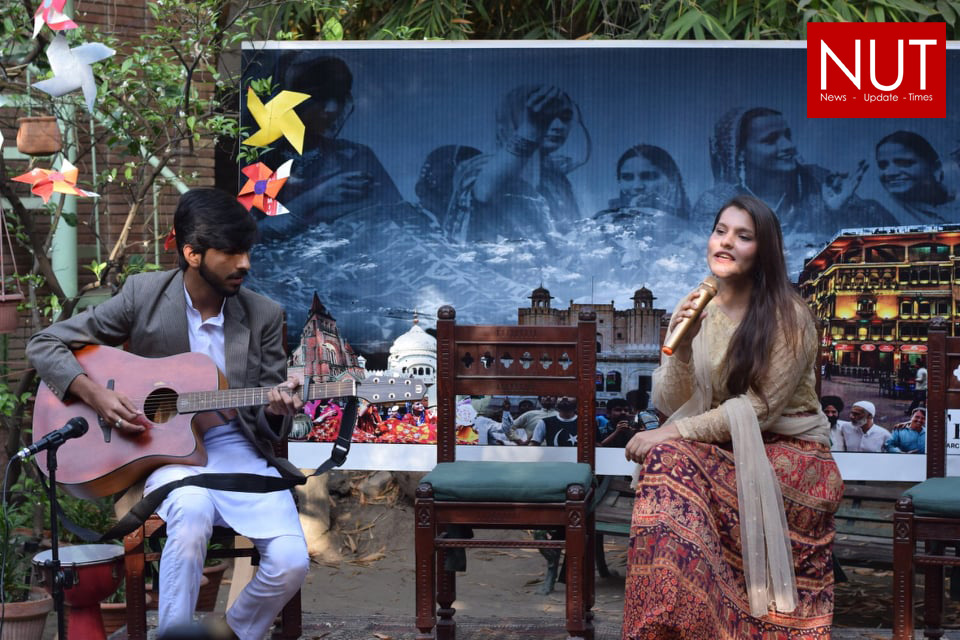 The final act preceding the cultural evening was certificate distribution among the performers and volunteers by the hands of Prof Sajida Haider Vandal, CEO THAAP. Cultural evening commenced by the instrumental and vocal performance from a band from Gilgit Baltistan consisting of Haseeb Ali Sha, Fayyaz Ali, Arsalan Hussian Shah and Qahir Hussian. The second performance of the cultural evening was by Nabeel Haider who shared with the audience two pieces of his original poetry in both Punjabi and urdu.

The light mood poetry was succeeded by Sawal Khan, Hamza and Sunil Robert, the members of Barfi the Band, who amused the audience with their energetic performance of both folk and contemporary songs. The final performance of the session is given by Mahnoor Rana and Yasir Ishtiaq who sang a recent hit Passori, for the audience.

The event was officially concluded but the both volunteers performance and the some members of the audience indulged in native dances from the deferent regions of Pakistan with some beautiful display of bhangra which Mr. vandal also joined briefly. 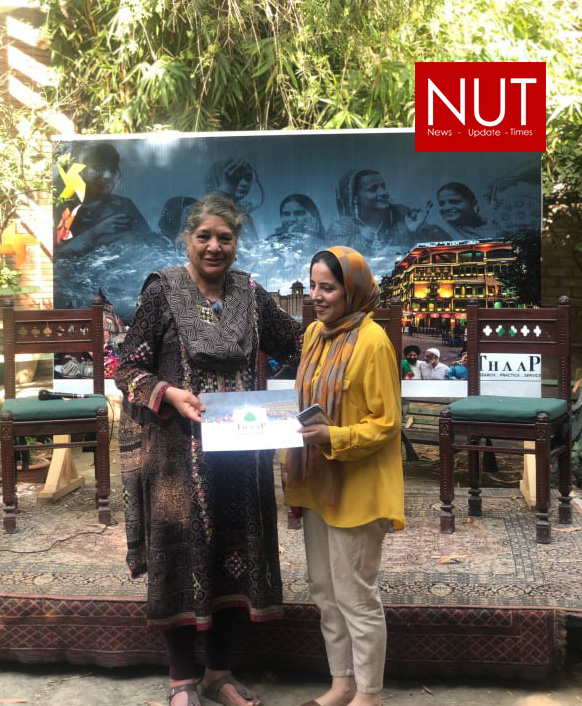