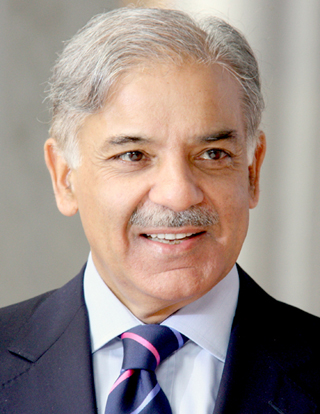 Living history is not a mere collation of incidents and events but, more importantly, a reservoir of wisdom and intellect which must constantly be drawn upon – a reservoir created by great minds and statesmen.

Some of these great men of words, statesmen, include Quaid-e-Azam Muhammad Ali Jinnah, Allama Iqbal, Sir Syed Ahmed. But today, I shall confine myself to one of the greatest men in our history and world, Allama Iqbal.

Someone asked me if the establishment of a grand 120-acre Greater Iqbal Park (GIP) was a befitting tribute to Iqbal? I was genuinely surprised by such naivety – for the philosophy and thought of Iqbal is actually spread over continents. From Anne Marie Schimmel’s Germany to followers of Iqbal Lahori in Istanbul and Tehran, Iqbal’s influence cannot be measured or represented in acreage as it transcends national boundaries. His thought and philosophy has influenced hundreds of millions of people over the decades.

No, GIP is not another park full of growing trees and blooming flowers but in essence a nursery dedicated to his ever blossoming ideas and ideals. It is a venue designed to stimulate the minds and hearts of our nation who will delve into that intellectual reservoir as they walk through this park.

While people trudge over these pathways, they shall actually be taking a walk through annals of history – unknowingly and quietly, drawing upon the reservoir of our elders’ wisdom and thought. A walk through GIP will stimulate our people into thinking about Iqbal and all that he stood for – the greatest and loftiest future for a progressive and pluralistic Muslim Ummah.

Amid the darkness of the early 20th century when the Muslims of the Subcontinent were rather lost and rudderless, Iqbal’s idea of an Islamic country based on universal human values – a testimony of his lofty vision unencumbered by myopic considerations – gave people direction.

Nations have traditionally erected monuments to honour their great minds and leaders and GIP is indeed one such endeavour. But the greatest tribute is for people to follow their ideas and vision in letter and spirit and to pass on the sacred tradition from one generation to the next, both in substance and in form. The establishment of GIP in Lahore represents an effort of the Punjab government to sensitise our people, particularly the young generation, to the thoughts and vision of Iqbal.

Besides these, GIP includes a National History Museum and an amphitheatre which will provide visitors an opportunity to walk through historical events that led to the creation of Pakistan. For public interest, various other recreational features including food parks have also been added to GIP. The whole area symbolises the country’s rich cultural heritage. The park is set to become the largest tourist hub – not only for the people of Lahore, but also for those who come from various other parts of country and even abroad.

In today’s era of monumental changes at regional and international levels, the relevance of Iqbal’s message could not be greater. It is high time we resorted to Iqbal’s thought and philosophy to seek guidance. From East to West, the world of Islam faces a crisis of unprecedented nature – a crisis of religious and cultural identity, of a lack of confidence in our core values and teachings.

These are indeed trying times for Muslims. There is turmoil and chaos in many Muslim countries – Syria, Iraq, Libya and Afghanistan. The forces of anarchy unleashed by our collective failures and exploited and exaggerated by vested global interest are wreaking havoc on Muslim polity. In the West, Muslims are being turned into social pariahs by xenophobic bigoted attacks on their religion and values.

Given the political, social, economic, cultural and civilisational challenges the world faces today, Iqbal’s thought offers the way forward in addressing them. Though there are various facets of Iqbal’s thought and philosophy, two are most relevant today at the level of the Ummah. One relates to the imperative of unity and solidarity and the other to the need of a ‘pivot’ to keep our distinct civilisational identity intact in an age marked by globalisation.

Unity is the most bruised concept across the Islamic world. We stand divided. We continue to wage wars against each other. A community that presents a picture of a house terribly divided can neither protect itself from the external onslaught nor channel its energies positively. Destruction, not construction, becomes the destiny of such people. And this is exactly what we, in the Muslim world, are confronted with.

Secondly, a firm belief in one’s distinct civilisational identity is the wellspring of confidence that becomes the basis of material and spiritual growth of nations. If people lose faith in their culture, values and suffer from identity crisis, then it is only a matter of time before they disintegrate as a civilisation. In such a circumstance, even the highest levels of material progress achieved by them cannot prevent corrosive decadence from within.

The emergence of nihilist, extremist and militant forces whose actions run counter to the very teachings of our great religion is the consequence of civilisations adrift and a manifestation of an absolute lack of confidence in our destiny.

Thanks to his deep erudition, wisdom and penetrating intellect, Iqbal offers solutions to both challenges. His philosophy has the unique quality of reconnecting Muslims. His personality and work have a unifying effect. He is a household name across the Arab world, Turkey, Iran and Central and South Asia. His ‘kalam’ has been translated in many languages, including Arabic.

Iqbal wants the establishment of a truly Islamic society based on the universal values of brotherhood, justice, peace and spirituality. These variables constitute the core of Islamic teachings. Our poet-philosopher is a great advocate of respect for humanity. He considers the whole world ‘Ummah-tul-Wahida’.

Another distinguished aspect of Iqbal’s philosophy relates to ijtihad or reconstruction of religious thought which is aimed at finding solutions to emerging and, may I add, complex problems.

The Muslim world is in acute need of ijtihad at the moment. If we are to walk in tandem with the world, if we are to regain our glory and status and if we are to overcome the many challenges of today, ijtihad must be our guiding principle.

At the national level too, the idea of Pakistan as enunciated by Iqbal has the potential of defeating all other ideas and ‘isms’ being imposed on us from various quarters. Iqbal was and remains one of the most important unifying factors for the entire nation for his thought is not tainted by any ethnicity, bias, parochialism or religious rigour. It is universal in essence. It is indeed time to visit Iqbal once again, even if it starts by a visit to GIP. It is time to learn once again from his wisdom. And if we do that, I assure you that only greatness awaits our nation.

The writer is the chief minister of Punjab.