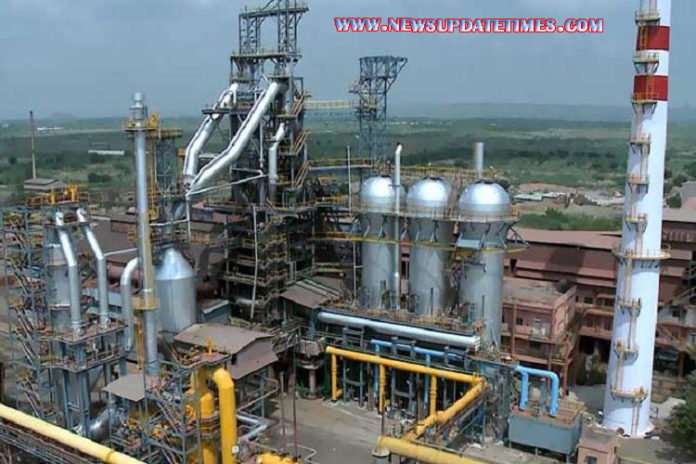 Petroleum consumption in Pakistan has been booming. The demand for crude oil and refined petroleum products, such as motor gasoline and high-speed diesel, has been growing at a rapid pace. The country’s crude oil refining industry plays a crucial role in satisfying the local energy needs. On top of this, the industry saves Pakistan billions in foreign exchange reserves every year, provides employment opportunities to tens of thousands, and makes significant contributions to the national exchequer in the form of duties and taxes while strengthening Pakistan’s energy security.

However, the refining industry has received little support from the government in the last decade and is often at the receiving end of undue criticism, including from former policy planners. This shakes the confidence of the sector’s participants, who have already invested billions in the country, and could impede the energy industry’s growth.

For instance, some critics of the energy industry have claimed that the sector needs government subsidies and payouts for its profits and the state shouldn’t strive for investments in oil refineries. This one sentence has two glaring misconceptions which should be corrected:

Pakistan’s energy sector in general and oil refining in particular neither receive nor depend on direct subsidies or heavy payouts from the government for its survival. All local industries, however, receive some form of government support. The fertilizer industry, for instance, benefits from gas subsidies, while the automotive industry receives tariffs on vehicle imports, and the banking industry benefits from heavy government borrowings and low deposit markup rates. Oil refineries, however, receive minimal support in the form of 7.5% of duty on high-speed diesel, but since a refinery produces a number of other fuels as well, the net impact is just 2.25% on the whole barrel. This modest tariff protection for a heavily capital intensive industry which imports its raw materials is simply inadequate.

The energy sector’s business model is fairly straightforward and usually profitable, although margins are underpinned by movements in oil prices. The oil and gas production sector earns profits by extracting and selling hydrocarbons. The oil refining business turns profits by processing and turning crude oil into various refined products which are sold to oil marketing companies and other buyers. The energy sector also feeds petrochemical and other ancillary industries. In Pakistan, unlike the power and food sectors for whom significant subsidies are allotted in the annual budget, the oil refining sector doesn’t receive any special treatment. On the contrary, its participants pay hundreds of billions each year in taxes and duties. In the previous fiscal year, four of Pakistan’s leading listed refineries contributed around Rs 176.9 billion to the national exchequer as taxes, levies, and duties.

In fact, Pakistan’s leading refineries have shown that they can turn decent profits even in a tough business environment. The refiners typically thrive in a weak oil price environment, since they use crude oil as a raw material and any reduction in international oil prices lowers their cost of production. But they can report losses when oil jumps higher. For refiners in Pakistan, the third quarter of this calendar year was a difficult period with the price of the international benchmark Brent crude climbing to $80 a barrel by late-September and its negative impact was compounded by the Pak Rupee’s depreciation. But some of the country’s biggest refiners still managed to post a profit.

Secondly, it should be remembered that in a free market economy, the state should not dictate which public investments will be allowed. The governments can, and often do, encourage investments in one sector over another due to strategic reasons but the ultimate decision is made by the market forces which determine which industries are the most profitable and economically viable. In Pakistan, the message from the market forces, particularly foreign investors, is loud and clear – the country needs more refineries.

A number of foreign investors have shown interest in setting up oil refineries in the country. Following Prime Minister Imran Khan’s recent visit to Saudi Arabia, the kingdom has agreed in principle to set up an oil refinery near the deep-sea port of Gwadar. A Chinese company has reportedly shown interest in developing an upcountry deep conversion oil refinery. PARCO, which is a joint venture between the Government of Pakistan and the Emirate of Abu Dhabi, is already working to develop a deep conversion refinery at Hub near Karachi. Global investors are eager to invest billions in Pakistan’s oil refining space which is a testament to the fact that this industry promises solid returns on investment over the long run.

Another misconception about the oil refining industry is that it doesn’t create significant foreign currency savings for Pakistan. In reality, Pakistan saves tens of billions of rupees every year by importing the cheaper crude oil and refining it at home, instead of buying the expensive refined products like petrol and high-speed diesel from foreign sellers. The combined processing capacity of five Pakistani refiners – Attock Refinery, Byco Petroleum, PARCO, National Refinery, and Pakistan Refinery Limited – is close to 420,000 barrels per day. Even if these refiners create savings of just 75 cents per barrel and utilize 70% of their capacity, then they will still create foreign currency savings of $80 million each year, or around Rs 11 billion at the ongoing exchange rate of Rs 137 to a dollar. Note that these are fairly conservative estimates and the actual positive impact of the entire refining industry on Pakistan’s foreign exchange reserves will likely be considerably larger.

Similarly, it is erroneous to assume that the refining sector creates just a few hundred jobs. One refinery typically employs 1,000 to 1,500 regular, highly-skilled, and professional workers while an additional manpower of around 2,000 semi-skilled and non-skilled people is directly involved in the refinery operations. This is just the direct manpower representing people who are either working on a permanent basis or through various service contracts. The refineries also create a number of indirect jobs by utilizing the services of a variety of market and non-market actors, such as private contractors who provide transportation services. As a result, taken together, all of Pakistan’s refineries utilize tens of thousands of direct and indirect employees.

Additionally, oil refineries are criticized for running old and antiquated facilities, which is also not true. PARCO has built one of the most modern refineries in the world near Multan. The National Refinery is an old and well-established player whose plants were originally built more than four decades ago but it has recently revamped and upgraded its facilities. Attock Refinery also went through a major overhaul as early as 2016. Byco Petroleum installed equipment which was previously operating in the US and Europe but its facilities are still younger as compared to most of the older players in the industry. Although occasionally a refinery here may experience disruption as in any other chemical process based facility, by and large they run smoothly and dependably.

Pakistan’s energy industry and oil refining sector are the backbone of the country’s economy and deserve better treatment and adequate protection from the Government.

The writer is a business and finance expert, specializing in the commodities sector. Her email address is razia.bhatti@gmail.com

Infinix Zero X series which can clearly capture the moon with...