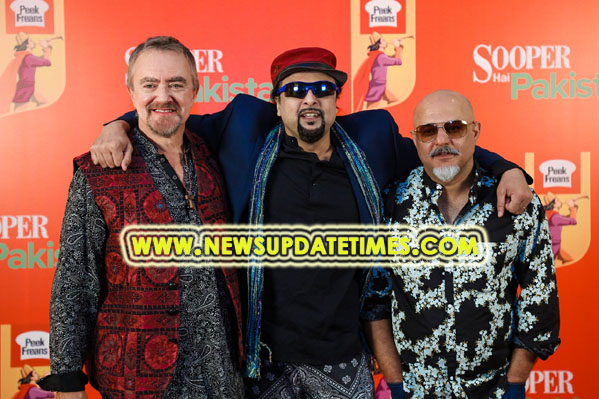 Lahore (Muhammad Yasir) Peek Freans Sooper has once again created a new record for Pakistan after last year’s Guinness World Record for the Largest Cookie Mosaic in the shape of the Pakistani flag.

After 13 long years, Sooper reunited the world-renowned and the most beloved band of Pakistan, ‘Junoon’. This reunion was aimed at uniting the people of Pakistan through Junoon’s legendary and inspiring sufi music.

Since its inception, Peek Freans Sooper has not only become a household name, but is also a symbol of national pride. Being the highest selling biscuit brand in the country, Sooper has consistently promoted the positive image of Pakistan through its ‘Sooper Hai Pakistan’ platform for the past 3 years now.

Sooper has continued this tradition by inculcating a sense of unity and pride within the nation. Peek Freans Sooper operates on the principle of putting Pakistan first by highlighting its many strengths that will further solidify its position on the world stage. 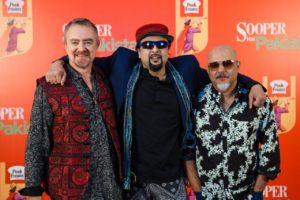 Passion, or as we call it, Junoon, is the hallmark of the Pakistani people. As Pakistan’s 71st Independence Day approached, the belief that Pakistan is indeed a super nation with Junoon brimming within its people, “Sooper hai Pakistan ka Junoon” brought something that the people of this country had been waiting for a very long time.

‘Sooper hai Pakistan ka Junoon’ seeks to bring the message of rising up together through the reunion of Junoon.

Peek Freans Sooper aims to take this platform of Sooper Hai Pakistan above and beyond in the years to come by spreading the message of unity and harmony across the nation. 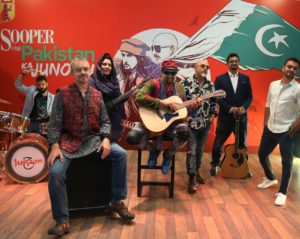 EBM’s Head of Marketing, Ayesha Janjua while speaking to the media on this prestigious occasion said, “The reunion of Junoon is a pivotal moment in history and the role of EBM in making this happen truly embodies the spirit of the nation’s favourite brand, Peek Freans Sooper.  In the years to come, Sooper will continue to be the positive voice that inspires millions of Pakistanis.”

Peek Freans Sooper collaborated with Hassan Naqvi of H&S Connect for this campaign. In the coming months they will bring more exciting events and activations under the “Sooper Hai Pakistan ka Junoon” campaign.