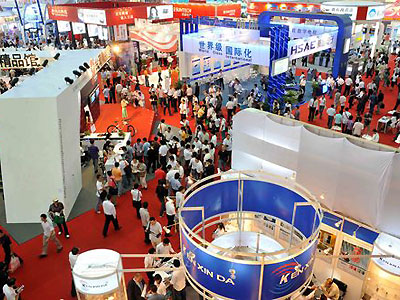 Web Desk – Pakistan plans to significantly increase the scale of its delegation to China’s hi-tech fair next year, as it tries to build more connections with China’s IT market.

The Pakistan Software Export Board, a government body focusing on promoting the country’s IT industry in local and overseas markets, plans to double its contingent at the next fair.

“CHTF is a very good platform, because all high-tech enterprises are here, not just those from Shenzhen, but from all parts of China,” international marketing manager Jahanzaib Shafi told China Daily in an exclusive interview at the last day of the China Hi-Tech Fair here on Monday.

“China is an important market for everyone, including us.” He said exhibitors from his country have gained a lot from participating in the event.

“At this year’s fair, one company from our delegation that specializes in creating virtual reality content, signed a Memorandum of Understanding with a local hardware producer in Shenzhen,” he said.

“We plan to have a bigger presence next year, probably doubling the current scale.” Five enterprises and organizations from Pakistan took part in this year’s event.

CHTF, known as the country’s biggest and most influential technology show, is a platform for enterprises and organizations from all over the world to share and trade their latest technology and products.

This year’s fair, held in Shenzhen from November 16 to 21, has attracted more than 3,000 exhibitors from 37 countries and regions across the world.

Digital lifestyle in Pakistan is only possible with Zong 4G